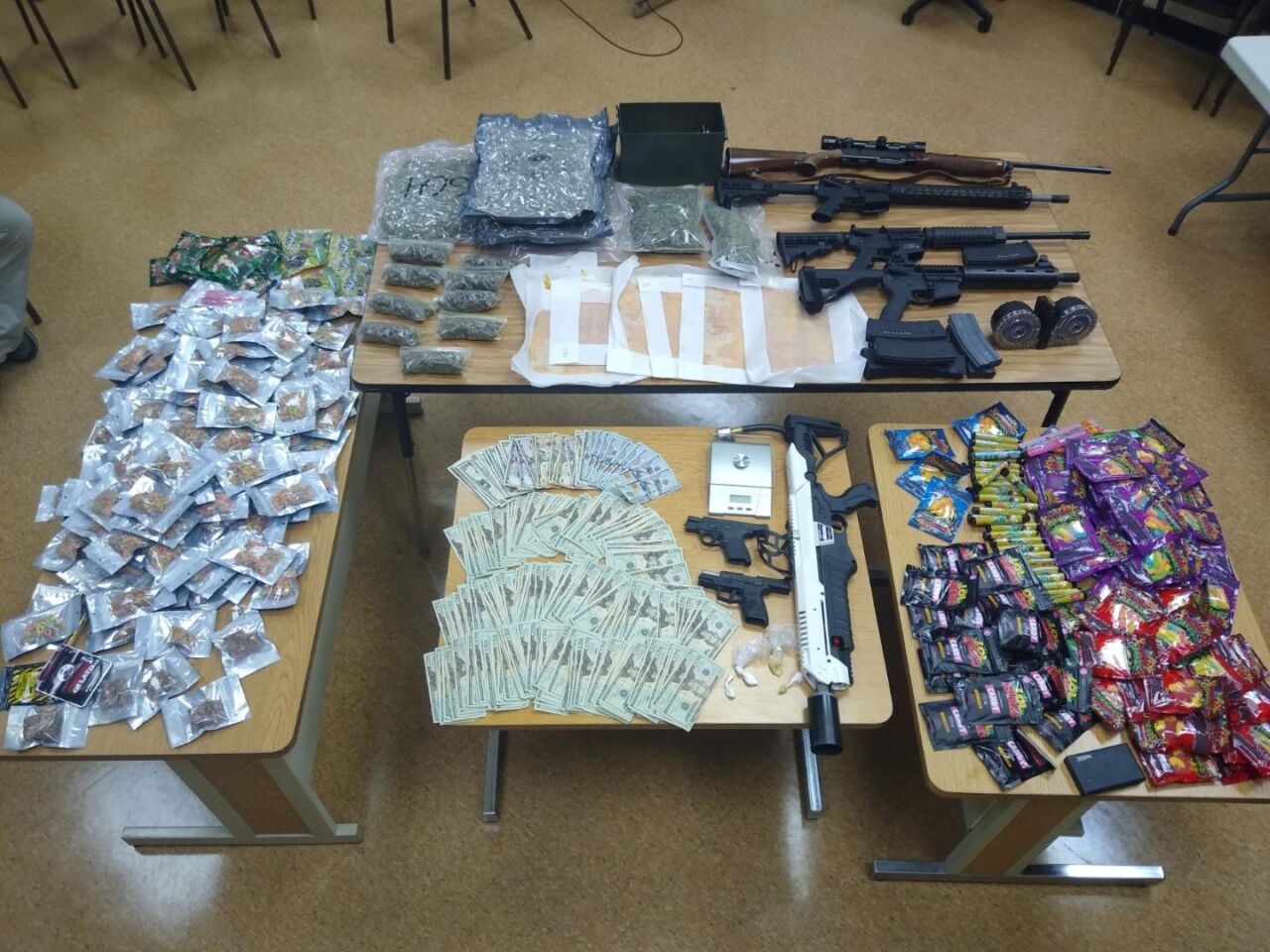 They found six pounds of hi-grade marijuana, two pounds of Butane Hash Oil, and more than 200 packages of THC edibles, cocaine, three AR-15 rifles with several high-capacity magazines, hundreds of rounds of ammunition, a .270 caliber rifle, a flame thrower, and $11,000 in cash.

Marcus Neff, 23, of 1008 6th St South, La Crosse was charged with possession of THC with intent to deliver and maintaining a drug trafficking place. Jon Holbrook, 38, was listed at the same residence as Neff. He was charged with being a felon in possession of a firearm, possession of cocaine and MDMA, as well as a probation violation. Bond for Holbrook has been set at $5000 cash, after a court appearance on Friday. Neff was released on a signature bond.