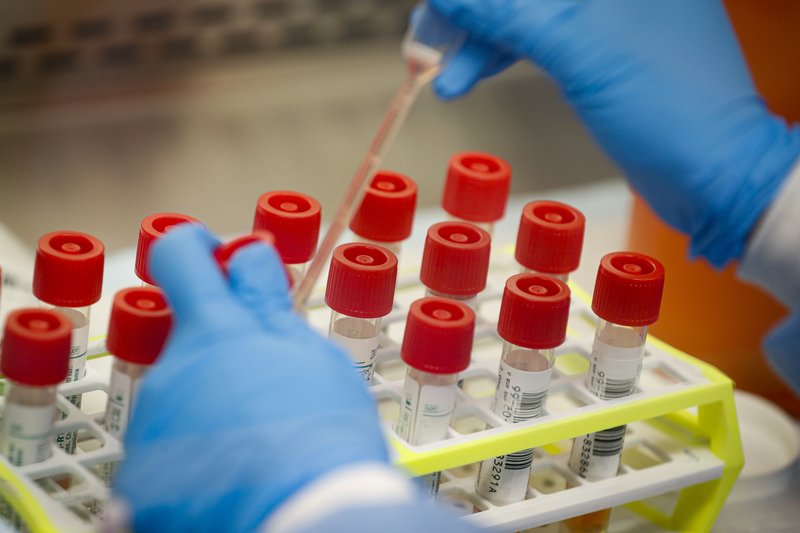 A Mayo infectious disease specialist would like to get his hands on what the La Crosse County Health Department called a “reinfection.”

It was just a little blurb in a Facebook post Tuesday from the department that said: “*Note: today is the 1st time that an individual person has been counted in our case count twice due to reinfection, and their COVID-19 infections were more than 3 months apart.”

Dr. Ala Dababneh, at Mayo Clinic Health System in La Crosse, is skeptical, however.

“Yeah, it’d be nice to kind of get more information, and get more detailed information,” Dababneh told WIZM. “I think everybody in the field is interested, and they want to know a definitive answer one way or the other. Can you get re-infected or is this more likely a relapse?”

Dababneh is leaning toward the latter, though he says everything is speculation, especially since he hasn’t seen the case personally.

“Based on the studies that we’ve had so far, it seems to suggest a relapse is more likely than a reinfection,” he said. “All we’re seeing is that the consensus of the experts, they’re saying a relapse can happen but reinfection is less likely.

“So that the scenario that they outlined in the health department (post) … that seems to be less likely to happen based on what we know so far.”

Dababneh said the virus is contagious for about the first 10 days. With the La Crosse case, he said — trying to explain in layman’s terms — that what may have happened was the virus was hiding out in that person’s body for that three-month period.

“There are sites, like the eyes and the Central Nervous System, they are fairly protected and sometimes, viruses can kind of infiltrate that system and then stay dormant,” he explained. “In cases like this, — where they’ve developed symptoms, symptoms went away and then new symptoms develop — really, the thought process is that maybe the virus was still in the body, in specific areas, that’s kind of hard for the immune system to get to.”

On a broader scale, Dababneh also discussed how any new information on COVID-19 is being dissected and reported on by, not scientists, but everyone. In the past, scientists were allowed to do the work and come out with definitive findings.

“I hear this from patients all the time,” Dababneh said. “They’re telling me, ‘Hey, you know one day I’m listening and then people tell me the virus can live on a table for seven days, and then the next day the CDC is telling me that we don’t have to wipe down groceries. What gives?’

“Really, what it boils down to, is you will always find studies that report specific findings in a lab setting, that’s difficult to replicate in the real world.”

“There was a recent study in an animal model, where they tried to infect monkeys, and then see if they can infect them again,” he explained. “Really, the reinfection model didn’t pan out.

“You can always find flaws in studies and you want more studies to kind of back it up but, as of now, based on the information that we have, I say reinfection is less likely.”