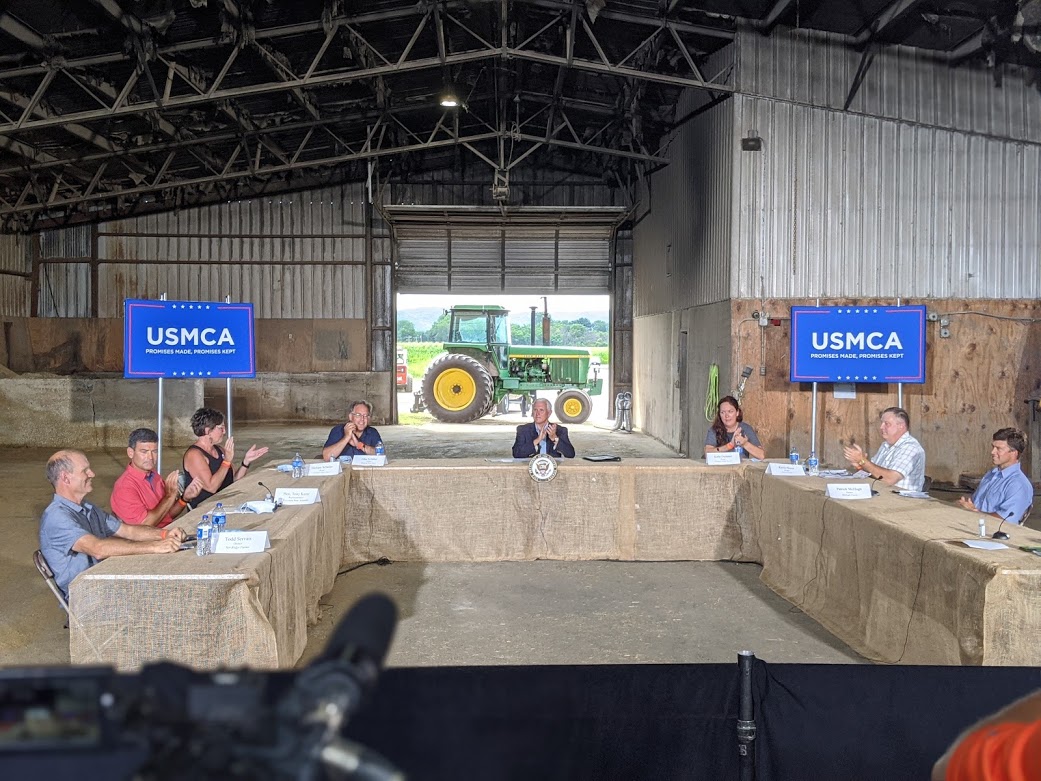 Pence sat down for a round-table discussion after touring the family farm owned by John and Barbara Schaller.

“I feel right at home,” Pence said about Friday’s visit. “I’m just a small town guy from Southern Indiana. We didn’t have dairy cattle, but we had about 100 head of cattle, and it is great to be on this wonderful farm.”

Acknowledging the physical, emotional and financial strain the current pandemic has created for the country, Pence thanked farmers for continuing to work through the COVID-19 outbreak.

“American farmers came through and kept food on the table,” Pence said. “I never fail to be inspired at the way that American agriculture responded from the farm to the grocery store truckers and in between.”

He pointed to assistance made available to farmers.

Pence said President Donald Trump made more than $19 billion available, including $1.1 billion that has already gone to dairy farms across America.

According to Pence, the Paycheck Protection Program (PPP) provided more than 86,000 loans to Wisconsin businesses, including Morning Star Dairy, to help keep workers on the payroll.

As a trade deal that was negotiated before the pandemic hit the U.S., the USMCA’s start date on July 1 came and went quietly among Coronavirus headlines.

Pence said that term of the agreement goes into effect in six months. Additionally, Canada will also have to keep the price of skim milk at least as high as America’s prices.

As part of Pence’s visit to Wisconsin, he also spoke at Ripon College. The city of Ripon calls itself the birthplace of the Republican Party.