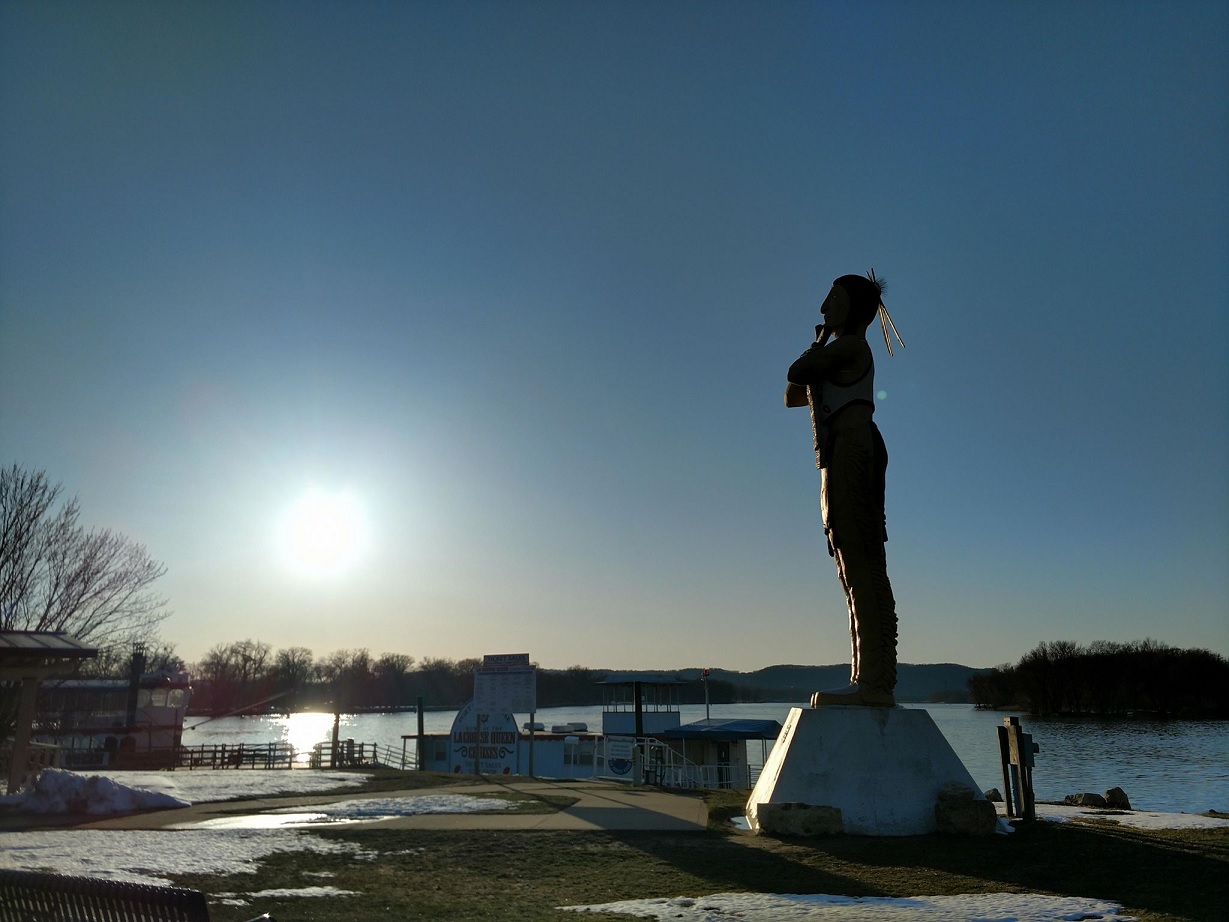 La Crosse’s park board voted unanimously to proceed with removal of the Hiawatha statue from Riverside Park.

That vote Thursday night came just moments after the board was deadlocked on whether to refer the issue to the August meeting, to allow more public comment.

Some board members argued that the request for removal from Mayor Tim Kabat was only made this week.

Others, however, including speakers representing Native American groups, said the statue has been discussed for years, and nothing would be gained by putting off action.

“The statue is a mishmash of many different tribes,” Tracy Littlejohn of the Ho-Chunk Nation said during the meeting. “It does not reflect one particular tribe. That is insulting to us as because we are as separate as Ho-Chunk or Anishinabe or Menominee or Lakota.”

Earlier Thursday, City Hall was presented with a petition to have Hiawatha preserved as a historic local work of art.

Sculptor Anthony Zimmerhakl created Hiawatha as a representation of several tribes, but native speakers have argued that the statue does not represent the Ho-Chunk living in this area, and is “cartoonish.”

In his letter Monday, Kabat said, “The Hiawatha was commissioned as a tourist attraction about 60 years ago and was met with controversy almost immediately. Nearly all would agree that today’s main tourist attractions highlight the natural beauty of our area including the Mississippi River and our bluffs, rivers, trails and marshes. The time to retire Hiawatha has come.”

The La Crosse city council voted in 2000 to keep the statue in place, after a study committee called for it to be removed.

Hiawatha was installed in 1961, commissioned by the local business community. It was installed, likely coincidentally on Columbus Day, for the purpose of being a tourist attraction for the upcoming Oktoberfest that season.