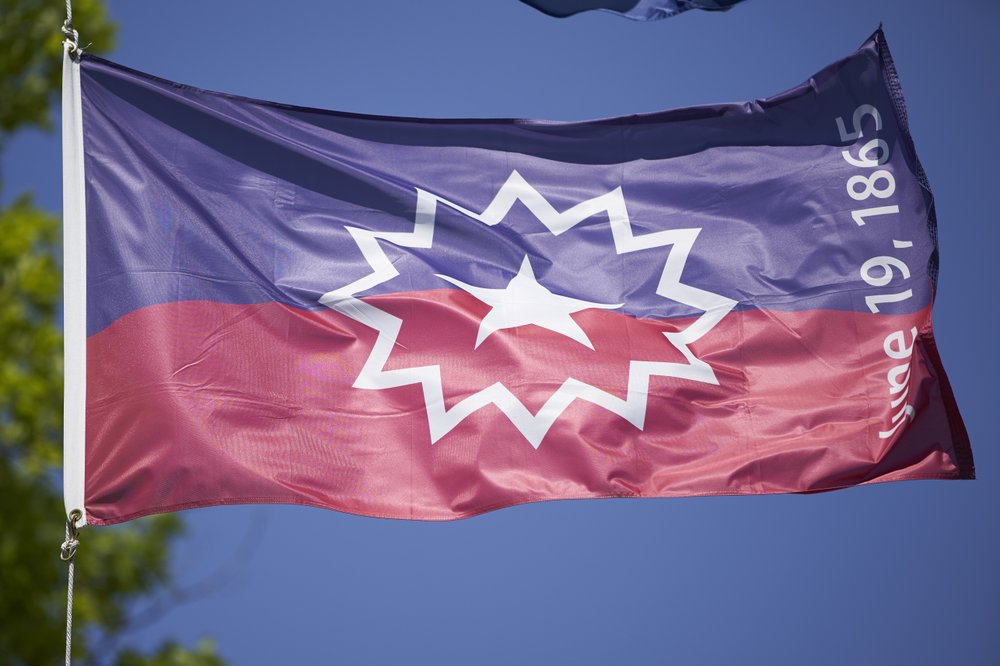 The Juneteenth flag flies in Omaha, Neb., Wednesday, June 17, 2020. The Juneteenth flag commemorating the day that slavery ended in the U.S. will fly over the Wisconsin Capitol for the first time in state's history, Gov. Tony Evers announced Wednesday. (AP Photo/Nati Harnik)

MADISON, Wis. (AP) — Gov. Tony Evers called on the Wisconsin Legislature to ban police chokeholds and limit the use of force in a package of criminal justice reforms unveiled Friday as the state celebrated Juneteenth.

However, the Democratic governor did not order a special session for the Republican-controlled Legislature to take up the proposals. Assembly Democrats and the Black Legislative Caucus have requested a special session. Evers has the power to call one, as do Republican lawmakers.

The call for reforms came as the Juneteenth holiday was being observed across Wisconsin with marches, calls for action, historic flag raisings and virtual discussions moved online due to the coronavirus pandemic.

Evers unveiled his package of proposals in a joint statement with Lt. Gov. Mandela Barnes, the state’s first black lieutenant governor. They defended not calling a special legislative session, something they’ve done on other issues such as gun control. Republicans have simply convened and adjourned the sessions without taking action.

“We should not need a special session when people across our state are demanding we take action,” Evers and Barnes said.

The measures put forward by Evers and Barnes would:

— Create statewide standards for police use of force, including saying that the primary duty of an officer is to preserve life, and that force should be a last resort.

— Require law enforcement agencies to ban the use of chokeholds.

— Require every law enforcement agency to have a use-of-force policy and make it publicly available online.

— Require the state Department of Justice to publish an annual report on use-of-force incidents.

State legislatures across the country have been slow to adopt similar measures.

Evers put forward the proposals as people across the state observed Juneteenth. A Juneteenth flag that Evers ordered be raised for the first time over the Capitol was flying all day. Juneteenth flags were also flying over government buildings in Milwaukee.

Celebrations included a sit-in and solidarity march in Milwaukee and a day-long rally in Madison. Online events included discussions with black doctors about the challenges posed by the COVID-19 pandemic and community line dancing lessons.