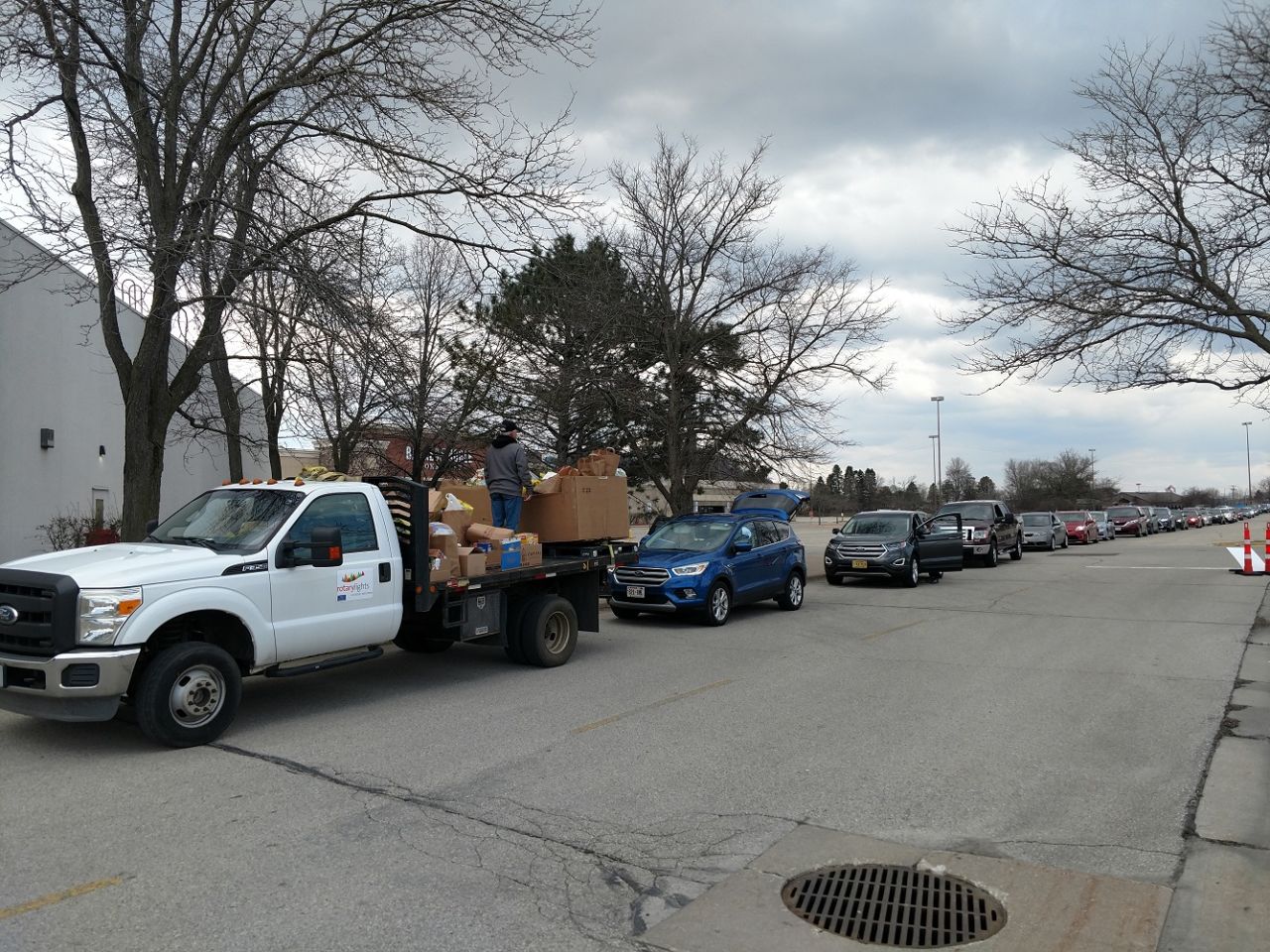 The fourth round of Food Drive Fridays and there’s another big goal to hit.

Firefighters Credit Union has agreed to match up to $50,000 in donations made to the Hunger Task Force of La Crosse through the drive, now through the end of May.

“First, when I was told $50,000,” Firefighters CU president Bruce Zmolek said Thursday on La Crosse Talk PM, “ I was like, ‘Wow, this is going to hurt a little bit.’ It’s going to hurt so good, though.”

The drive, which runs from 11 a.m.—1 p.m. every Friday through May at the locations listed below, was implemented by the Hunger Task Force of La Crosse, the La Crosse County Health Department and multiple other charitable groups to help restock the food pantries in the area.

The Hunger Task Force is the only food bank from Madison, Wis., to Rochester, Minn., and serves 70 food pantries along with helping 118 programs, like meal sites and youth programs, in five counties.

What’s been so great about the drive, so far, is there has been almost no drop off from Week 1 to Week 3. A lot of times, there will be a big surge to begin something like this, and then it tails off.

“That’s the plan,” Zmolek said. “And, I gotta tell ya, I don’t think I’ve ever seen a community like La Crosse, Wisconsin — and Holmen and Onlaska and West Salem. The people just continuously come through for their neighbors. It really makes me proud to be amongst such great folks.”

Last week, Hunger Task Force of La Crosse executive director said that there’s been a drastic increase in the amount of people needing to put food on the table.

Just keep in mind, this isn’t my money. It’s the Credit Union money. I’m just the one that gets to spread the good news. People are thanking me like I’m doing it personally, but that’s not the case. Thank the members and the board of the credit union if you really want to thank somebody.

She also said a typical food drive brings in 3,000-5,000 pounds of food, while one of their huge drives will bring in 15,000 pounds. So far, Food Drive Fridays is either at or very close to that 15,000 mark each of the first three weeks.

“We’ve never seen anything like this,” Fortner said after last Friday’s drive, so grateful the community has continued to support it each week. “This situation. This drive. We have not held a drive like this in my history with the Hunger Task Force.”