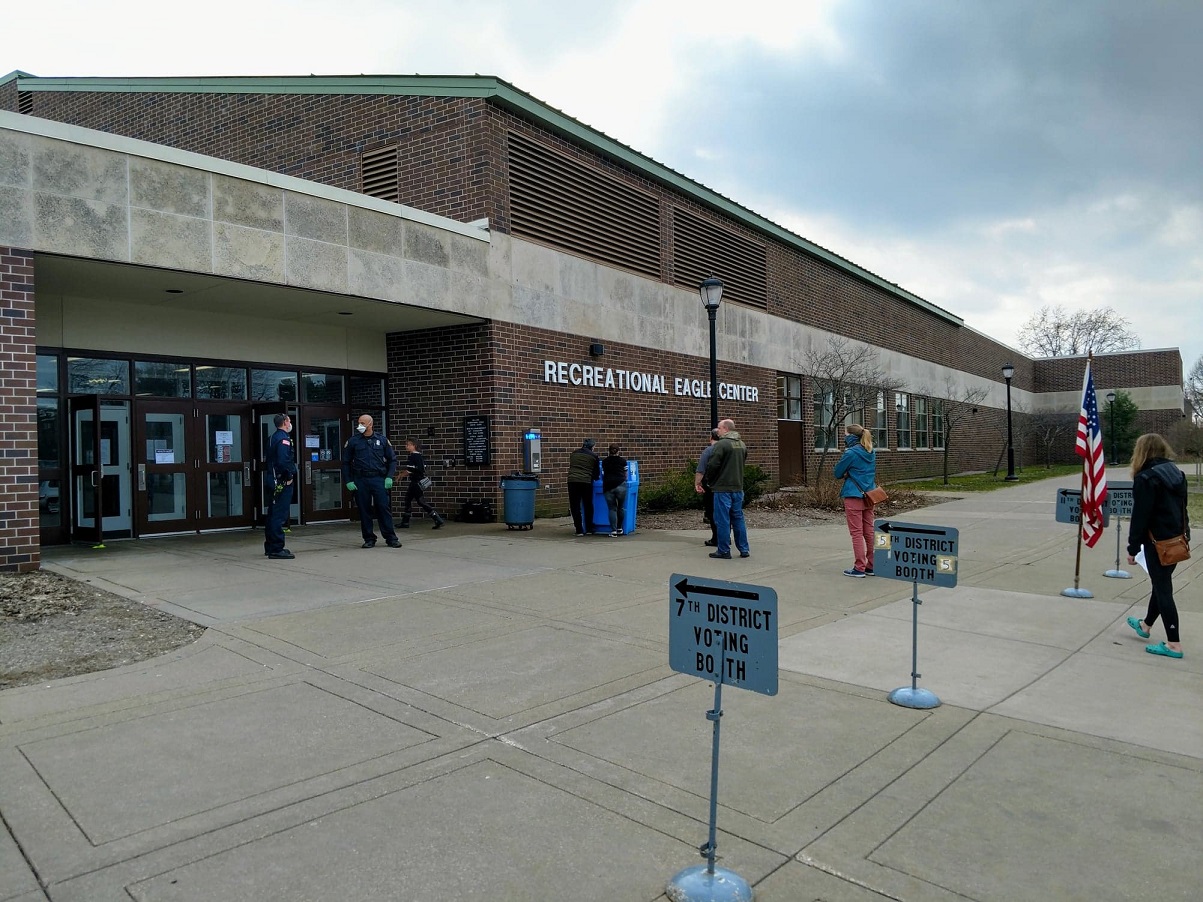 FILE - Voters and police stand outside the UW-La Crosse Recreational Eagle Center waiting to wash their hand, before going inside to vote. Four polling places are located here, after the city cut polls from 13 down to eight.

More than 50 people who voted in person or worked the polls during Wisconsin’s election earlier this month have tested positive for COVID-19 so far.

The state Department of Health Services reported the latest figures on Tuesday, three weeks after the April 7 presidential primary and spring election that drew widespread concern because of voters waiting in long lines to cast ballots in Milwaukee. Democratic Gov. Tony Evers tried to move to a mail-order election but was blocked by the Republican Legislature and conservative controlled Wisconsin Supreme Court.

Evers and others had warned that holding the election would cause a spike in coronavirus cases.

After next week the state will no longer ask people who test positive for the virus whether they were at the polls in the April election because of how much time has passed, said Department of Health Services Deputy Secretary Julie Willems Van Dijk.

“We’re getting to the point where the door will be closing on those,” she said.

Most of the positive cases were in Milwaukee County. The city’s health commissioner has said the data was being analyzed and an update was expected as soon as Friday.