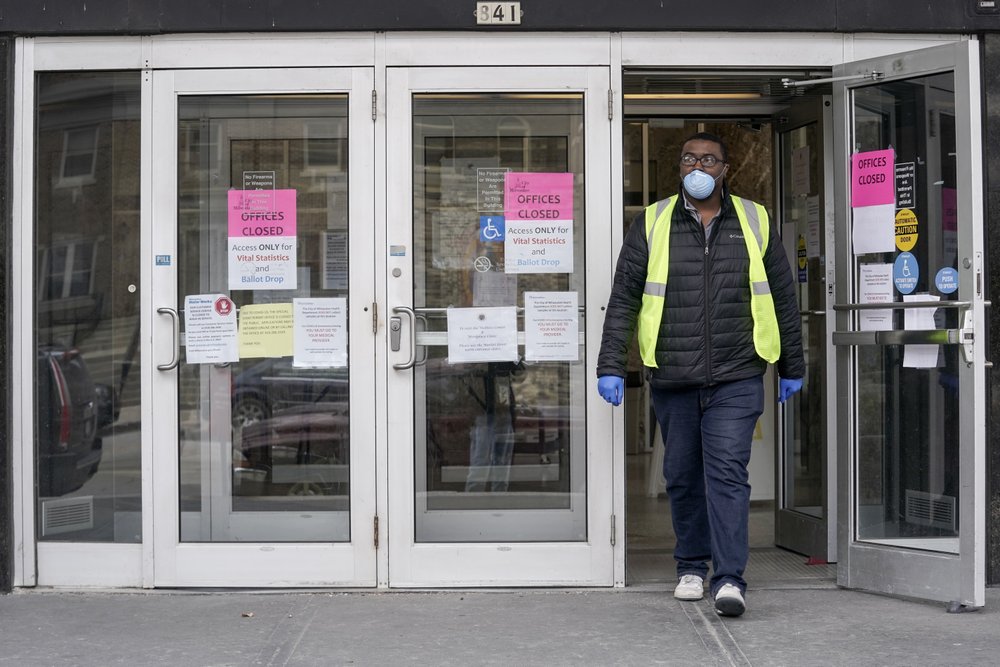 MADISON, Wis. (AP) — Wisconsin’s attempt to conduct an election in the midst of a coronavirus crisis lurched forward Friday, with a Democratic governor pushing for an all-mail election to replace in-person voting and Republican leaders refusing to budge.

Just three days before Tuesday’s spring primary — which features the Democratic presidential contest plus a high-stakes state Supreme Court race — a federal judge had extended absentee voting through April 13 but refused requests to postpone the election.

With thousands of poll workers quitting, Gov. Tony Evers for the first time Friday called for an all-mail election, ordering a special session Saturday and asking the Republican-dominated Legislature to agree.

“I sit here telling you the time is now for leadership and all the people that are part of the Senate and Assembly to step to the plate and do what’s necessary to ensure we have safety in the state and we have an election we’ll be using mail ballots for,” Evers said, expressing confidence that the state would “get there” on shifting the election.

Republicans swiftly made clear their feeling that the election should continue as planned, and accused Evers of waffling under pressure from liberal groups.

“It’s so disappointing that Governor Evers has flip-flopped on the very question that we have been discussing over the last month,” Assembly Speaker Robin Vos and Senate Majority Leader Scott Fitzgerald said in a joint statement. “The only bipartisan discussion we’ve had was to ensure the election would continue safely and to maximize the opportunity to vote absentee.”

Evers wanted the session to begin Saturday afternoon and for lawmakers to take up bills that would allow clerks to mail absentee ballots to voters who haven’t requested one by May 19 and give voters until May 26 to return them.

Other states have delayed their primaries to protect voters and poll workers from the virus. Alaska, Wyoming, Hawaii and Louisiana were set to hold elections Saturday, but they’ve pushed those contests back. Louisiana’s presidential primary is now set for June 20. Democrats in Alaska and Wyoming have decided to hold their party-run contests by mail only and have pushed back the deadline for turning in ballots.

In Wisconsin, the troubled election is playing out in a state certain to be one of the key battlegrounds in the fall presidential race.

Evers said at the beginning of the outbreak that the election should go on as scheduled even amid a stay-at-home order and Republican legislators agreed. But criticism mounted as more and more poll workers walked off the job; more than 100 municipalities have reported they lack enough staff to run even one polling place.

The 7th Circuit did stay Conley’s decision to exempt absentee voters from the witness signature requirement, saying the judge didn’t consider that lifting the mandate might open the door to fraud.

The governor has said he lacks the power to change election law unilaterally. Calling a special session was Evers’ last option to try and force legislative action.

The governor said during a conference call with reporters that holding the election as planned on Tuesday “is a significant concern and a very unnecessary health risk. I can’t move this election on my own. My hands are tied.”

President Donald Trump took time out from Friday’s briefing on the coronavirus to claim without evidence that the push to delay the election was to hurt a conservative he endorsed, state Supreme Court Justice Daniel Kelly, and not because of the coronavirus pandemic. Kelly faces liberal-backed Jill Karofsky for a 10-year term.

“I hear what happened is his poll numbers went through the roof. And because of that, I think they delayed the election,” Trump said.

Trump also said he opposes mail-in voting because of fraud concerns: “It shouldn’t be mailed in. You should vote at the booth and you should have voter ID.”