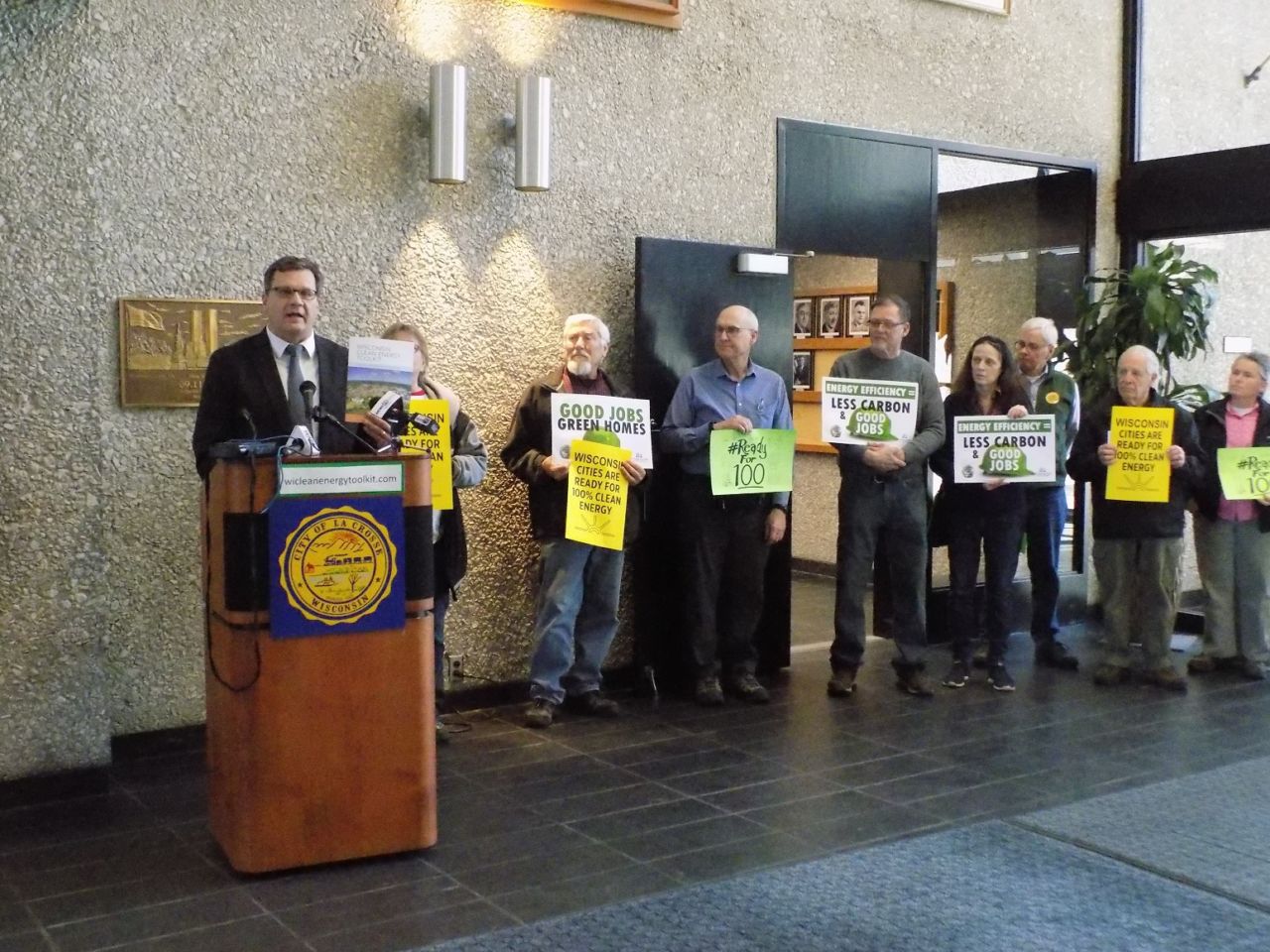 Oil prices are going down as the supply of the fossil fuel increases, but the demand for traditional fuels is dropping in many places, which is good news, according to environmental groups.

At La Crosse City Hall on Tuesday, supporters of the toolkit idea encouraged more walking, biking and use of mass transit.

Nichols added that Wisconsin spends about $14 billion a year importing energy resources from other places, and argues that using cleaner energy will save money.

“We’re not doing this because it’s nice and warm and fuzzy, and we’re all a bunch of tree-huggers,” Nichols said.

La Crosse is taking big steps toward becoming carbon free in its energy use by 2050, according to Mayor Tim Kabat.

The mayor said efforts by city departments to use cleaner energy sources has dropped City Hall’s carbon footprint by 30 percent in just 11 years.

Kabat added that plans are in the works to install solar panels at City Hall, the La Crosse Center and the Main Street Library.