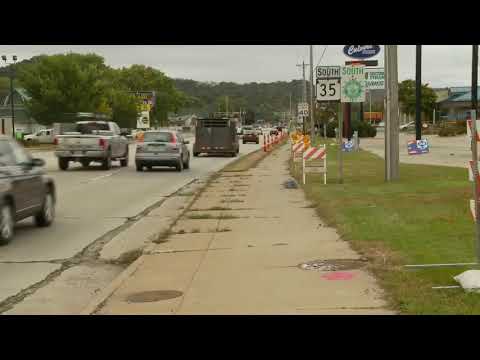 A large part of Mormon Coulee Road in La Crosse now has a lower speed limit, as of Tuesday.

If you enter the city from the south, the old 40 mile an hour limit on Mormon Coulee still applies until you reach Broadview Place, near Wendy’s and the former Shopko.

There, the speed limit has been reduced to 35 for the remaining length of Mormon Coulee, north to Ward Avenue.

The city approved the speed change several months ago.