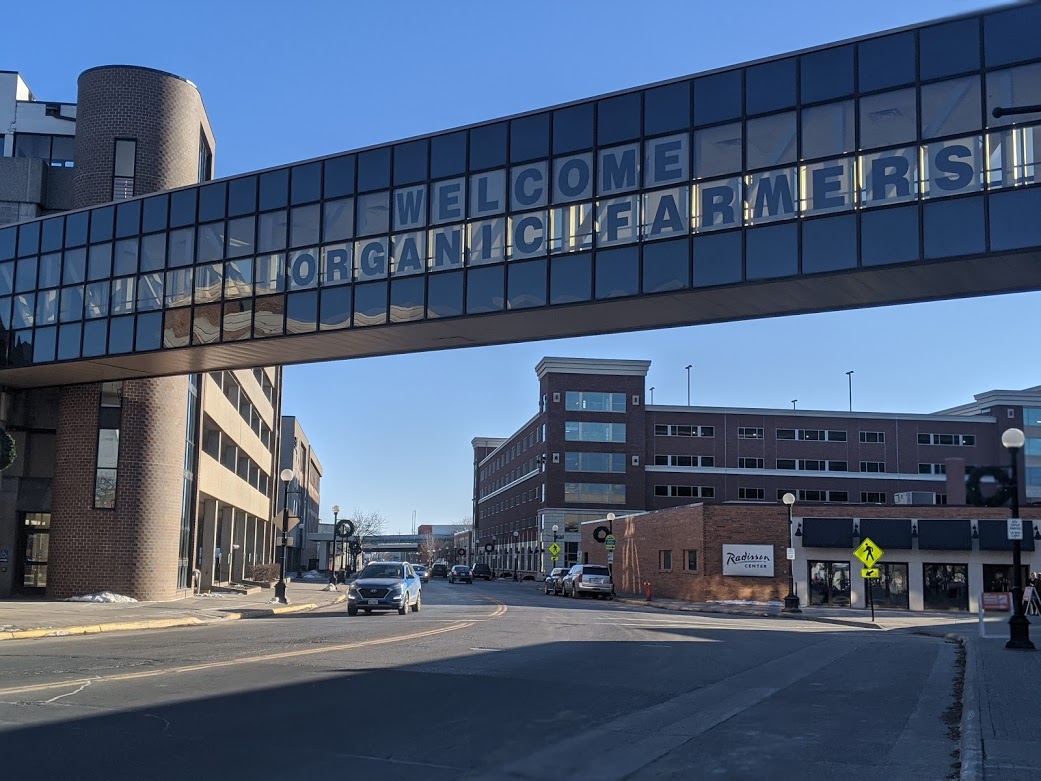 The largest organic production conference in the country concluded in La Crosse on Saturday, and organizers of the MOSES Organic Farming Conference are already seeking content ideas for 2021.

“We’re trying to figure out how to support farmers in their efforts to make a more just and verdant food system where they can really thrive and not have to worry so much about making it to the next season,” Langworthy said. “How are we as farmers going to take control of our production? How are we going to support a food system that not only helps the farmer but also helps the eater, helps the environment, and supports local economies?”

Langworthy said a boom in the organic industry has helped bring those questions to light. MOSES had 2,700 attendees preregister for the event (walk-ins were also welcome) and 170 exhibitors. The gathering draws national and international attention.

“Most years, we have somewhere around 48 states represented,” Langworthy said. “Last year, we actually had 19 foreign countries represented as well. Even though our event is right here in La Crosse and it feels very homey, we’re also an international stage for some really groundbreaking ideas that are happening in agriculture.”

That stage may get bigger with the $42-million expansion project of the La Crosse Center. The City of La Crosse delayed major demolition until the MOSES Conference was complete.

“In the coming year [2021], we’re actually going to experience a bit of a contraction as those projects get rolling,” Langworthy said. “It was wonderful that they were able to hold off for us. After that one year of expansion, we’ll be seeing the ability to really grow in our offerings and we’re looking forward to all of the different ways that we can provide new and different content to our membership.”