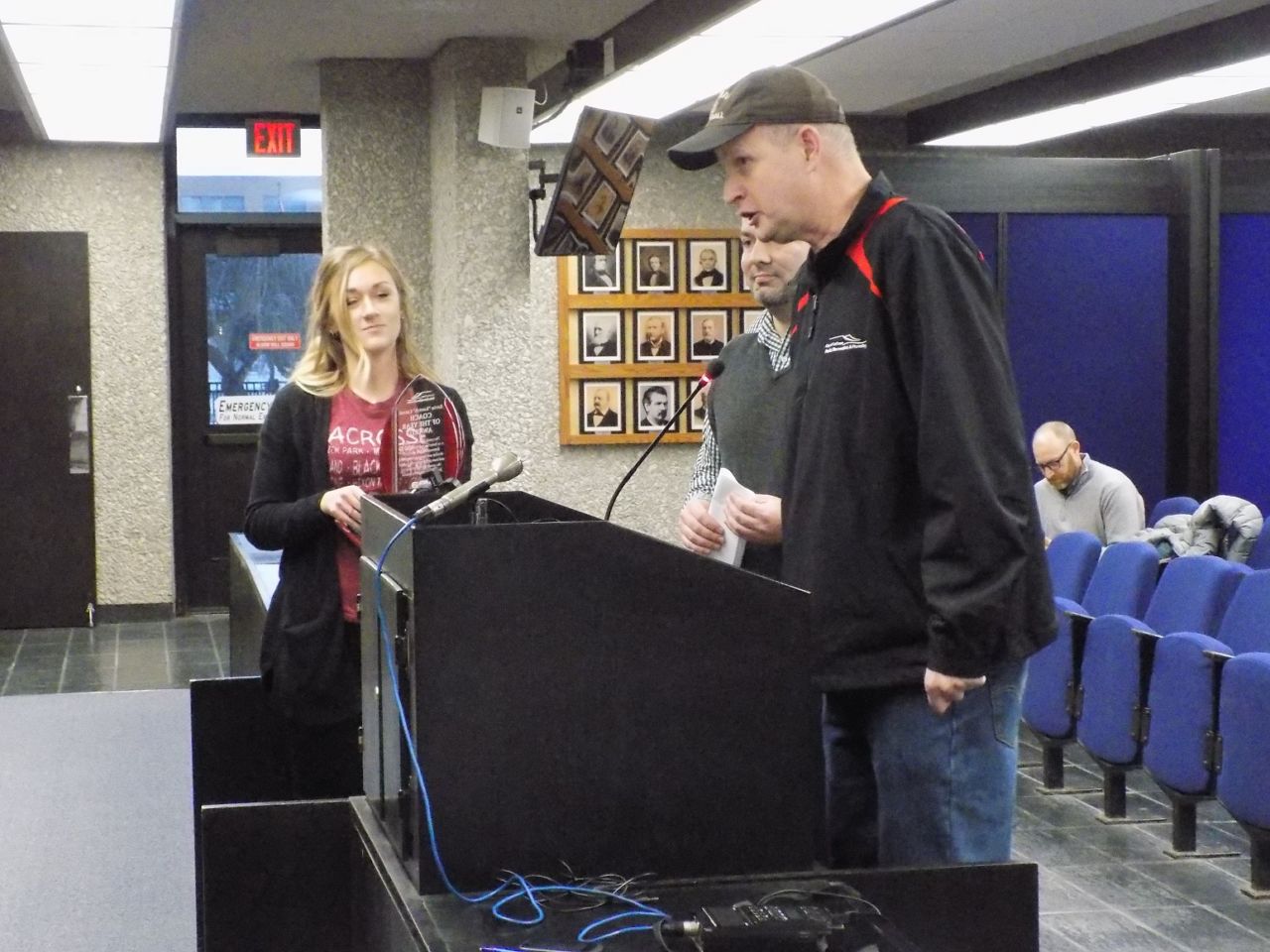 The name “Kootch” Carroll has been known in La Crosse sports circles for decades.

The Carroll ball fields are named after Robert “Kootch” Carroll, a baseball player and coach.

His son, Kevin, is known as “Kootch,” and has been a coach with the La Crosse parks department for decades.

Thursday, the park board named Kevin Carroll as its youth sports coach of the year. Mayor Tim Kabat was among those congratulating him at the board meeting.

The parks department also named an award for coaches after Kevin Carroll.

In other park business, plans for more trails on La Crosse’s bluffs are continuing to draw some criticism.

In recent weeks, the park board and city council were asked by neighbors of the bluffs to oppose development of new hiking and biking trails.

Knopf is calling for a new comprehensive plan for Hixon Forest.

She says a previous plan adopted in 2005 was terminated only six years ago, increasing the threat to animals living in the forest area.