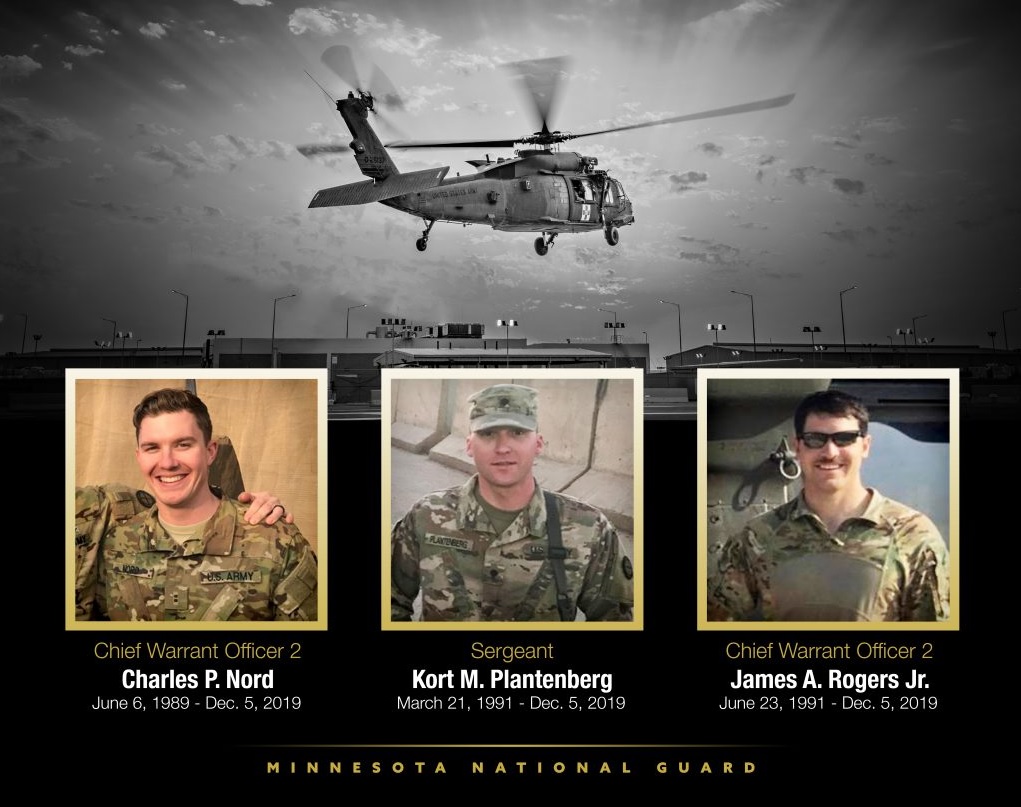 ST. CLOUD, Minn. (AP) — The Minnesota National Guard says the three soldiers who were killed when their helicopter crashed near St. Cloud this week were part of a unit that returned last May from a nine-month deployment to the Middle East.

The Guard identified the men who were killed in Thursday’s crash as Chief Warrant Officers James A. Rogers Jr., 28, and Charles P. Nord, 30, and Sgt. Kort M. Plantenberg, 28.

The Guard tweeted that during their unit’s recent Middle East deployment, it conducted medical evacuations in support of operations Spartan Shield and Inherent Resolve.

All three soldiers were assigned to Company C, 2-211th General Support Aviation Battalion, which is based in the central Minnesota city of St. Cloud.

The soldiers were killed when their Black Hawk crashed in a field about 15 miles (24 kilometers) southwest of St. Cloud, which is where it had taken off from. The Guard says the crash happened during a routine maintenance test flight.

A team from Fort Rucker, Alabama, was sent to Minnesota to determine why the crash happened.

Minnesota Gov. Tim Walz, who served in the Guard for 24 years, ordered flags flown at half-staff at state and federal buildings throughout Minnesota from 2:05 p.m. Friday until 2:05 p.m. Monday. That was the time on Thursday when the Guard lost contact with the crew.

“They paid the ultimate price in their service,” Walz said in a statement. “Words will never ease the pain of this tragic loss, and the state of Minnesota is forever in the debt of these warriors.”