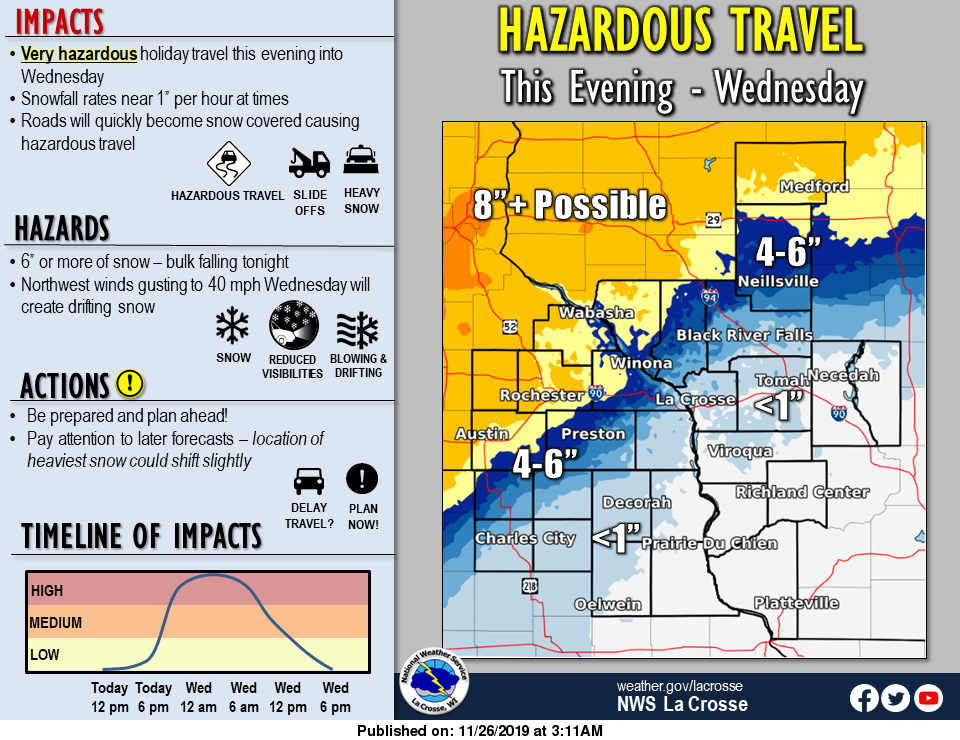 Thanksgiving week is here, and that means there could be snow in the La Crosse area around the holiday, but not much in the city of La Crosse.

According to an updated forecast from Tuesday morning, released Sunday by the weather service, the city of La Crosse may get less than an inch of snow before noon on Wednesday.

Winona and Black River Falls also could get similar amounts of snow, with heavier snow even farther north and west.

Fillmore, Winona, and Trempealeau Counties are likely to get 4 to 6 inches of snow, with heavier amounts predicted for areas like Rochester and Eau Claire.

The heaviest storm activity is expected in the early morning hours of Wednesday.