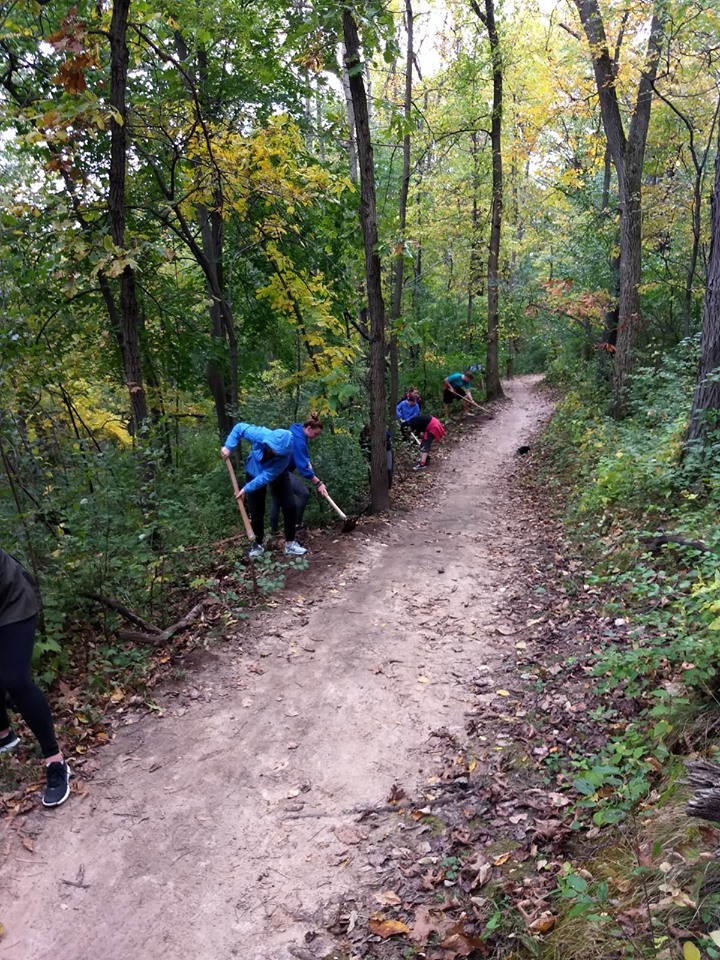 A bridge replacement will help pave the path of community involvement in La Crosse.

ORA Board Member Scott Cooper said ROTC uses the trails in the winter for their Northern Warfare Challenge to hike from the armory to Granddad bluff and back in full packs. Cooper contacted them when he realized they needed to install a new bridge on the trail near Bliss Road (about ½ mile up Bliss from the Bluffside Tavern).

“I was talking to them last year, and they would like to give back to help take care of the trails they had been using,” Cooper said. “There’s been a lot of erosion coming down off of Bliss Road with all of the rain that we’ve been getting. The old bridge that was in there was fairly short, and we’ve had to move it twice because it keeps getting washed out. “

Ralph Health, ORA Board Member, said extremely wet weather has been a continuous concern for the trail system.

“It is no secret that climate change is real and it is impacting our area,” Heath said. “If you look to the floods to our neighbors to the south, they’ve been impacted in the last two years. The Hixon forest has felt a similar impact from the increase in precipitation activity.

ORA maintains the 15-mile Hixon Forest Trail system with nearly 300 volunteers. Heath said they feel so strongly about the outdoor recreation that ORA’s mission is to build 50 miles of trails within the next five years.

“We think it is critical that we provide a place for families to go out in the woods and do things together and get physical activity and get back to nature,” Heath said.

Volunteers will start installing the bridge Friday at 4:00 p.m. They expected to be done before nightfall. The City of La Crosse Park and Rec provided between $300-$400 in raw materials.