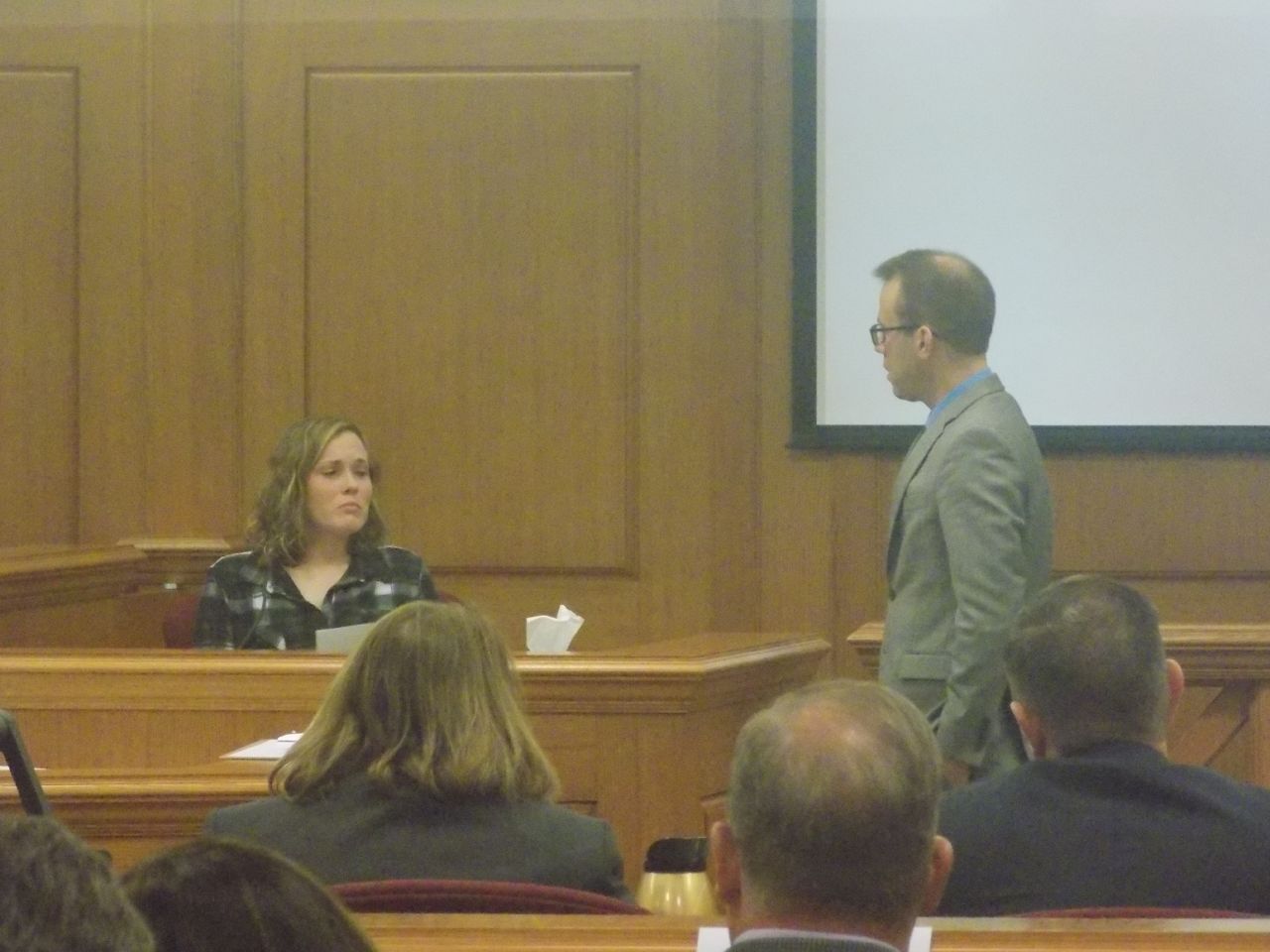 Molly Peacock, sister of Erin Somvilai, looks at photo shown to her by attorney Christopher Zachar during the murder trial of Erik Sackett

Did Erin Somvilai run away shortly before she died?

The man accused of killing Erin reportedly thought she did, but Erin’s step-sister says no.

Peacock says she took part in a search after Erin disappeared in June of last year.

She says during the search, Sackett asked if Erin was with her.

Sackett is accused of killing Erin and dumping her body in a Vernon County lake.

Peacock testified about Erin being arrested for getting into a fight with her neighbor shortly before the disappearance, and said Sackett picked Erin up at jail.

La Crosse police investigator Andrew Rosenow was back on the witness stand today, being asked by defense attorney Christopher Zachar why police did not take certain steps in the case.

In some cases, Rosenow did not know why certain police decisions were made.

Zachar asked Rosenow why police didn’t lock down Erin’s house after she vanished, so no possible evidence would be tampered with.

He also asked why police didn’t do more investigation of Erin’s doctor, David Onsrud, who spent several hours with Erin the weekend before she disappeared.