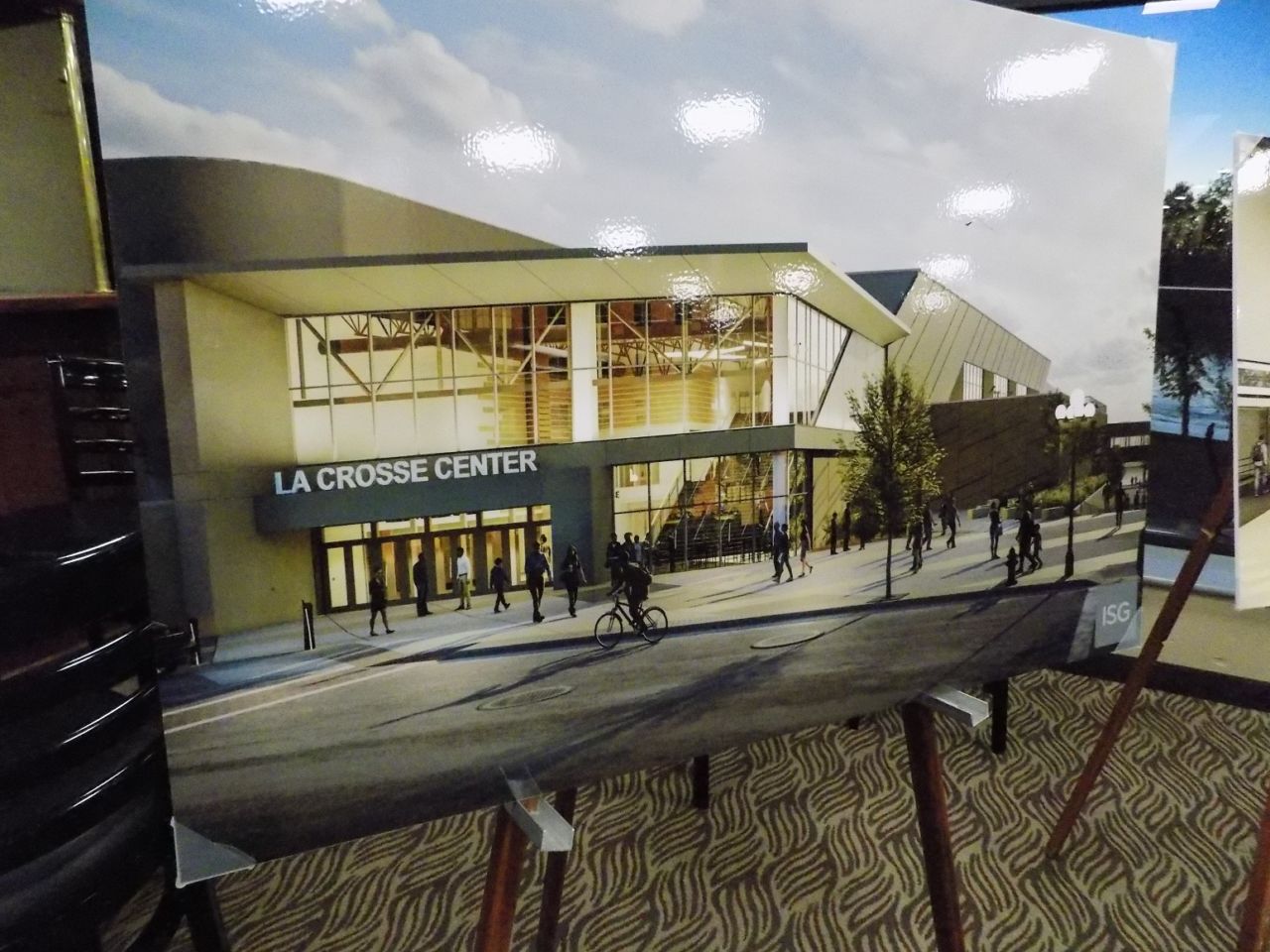 A bigger lobby, with large windows and an indoor staircase, along with a second ballroom and new seats for the main arena.

Those were on display Thursday during a public meeting on the $42 million La Crosse Center renovation.

Architects put together drawings and a video to show the potential updates for the La Crosse Center.

Mayor Tim Kabat and members of La Crosse city council were in attendance.

La Crosse Center director Art Fahey said plans are being made to circulate traffic outside the building, on Front, Pearl and 2nd streets when construction begins this winter.

Customers who attend concerts or sporting events at the La Crosse Center are used to entering the one-story main lobby off 2nd Street.

That lobby, however, will soon become more of a grand entrance, according to plans.

Groundbreaking on the two-year project is scheduled to happen in December.

The first year will include a complete demolition and rebuilding of the North Hall exhibition area.