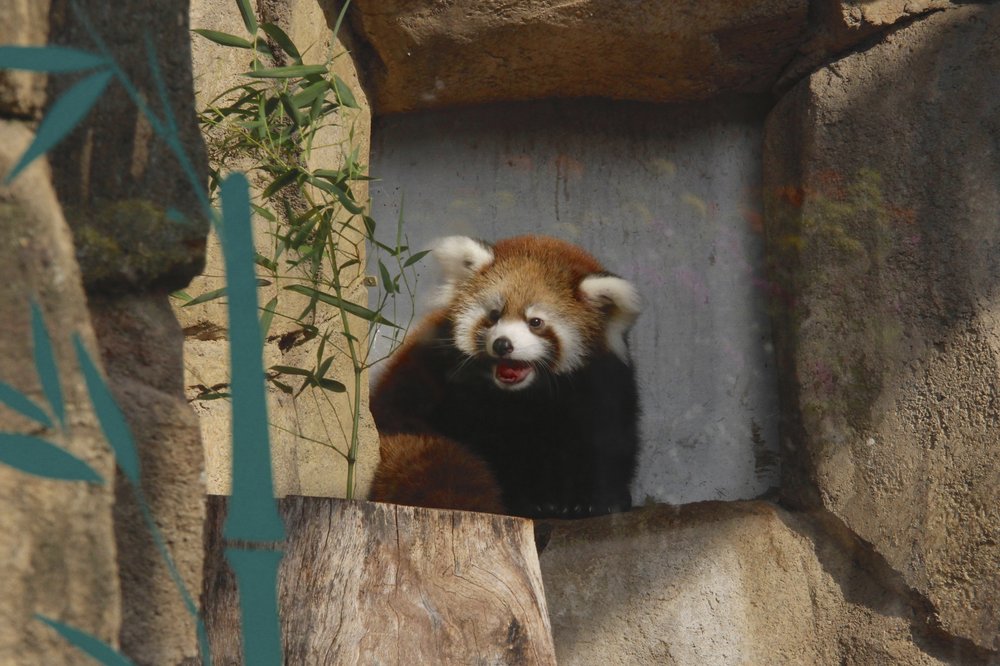 Kiki a red panda is seen in the pandas' outdoor exhibit at the Milwaukee County Zoo Sept. 20, 2019, in Milwaukee. Kiki was born in June and is the second cub for mother, Dr. Erin Curry and father, Dash. Red pandas are considered to be endangered due to deforestation, poaching and trapping. (AP Photo/Carrie Antlfinger)

MILWAUKEE (AP) — The public is getting its first glimpse of new red panda cub at the Milwaukee County Zoo.

Kiki made her first public appearance Friday. She was born in June to father Dash and mother Dr. Erin Curry, who was named after a Cincinnati Zoo reproductive physiologist.

The pair had their first cub in June of 2018, the first ever born at the zoo. That panda, named Dr. Lily Parkinson, went to the Nashville zoo in April.

In the wild, red pandas are found in the mountains of Nepal, northern Myanmar and central China.

They are considered to be endangered due to deforestation, poaching and trapping. Researchers estimate there are fewer than 2,500 adult red pandas in the wild.

Milwaukee County Zoo supervisor Katie Kuhn says every birth is important so that people can connect with take steps to help the animals.