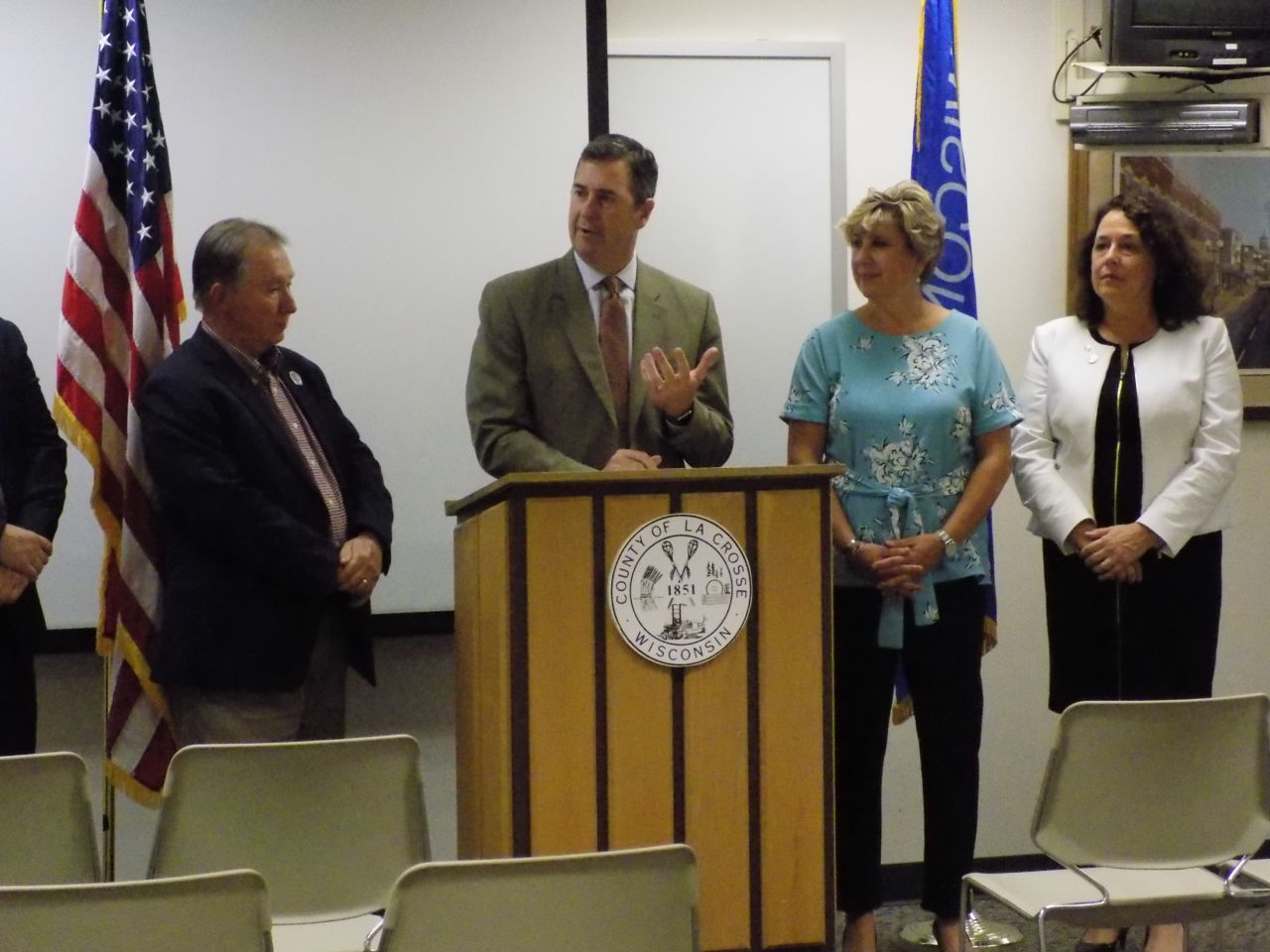 Some help is coming to the La Crosse County district attorney’s office.

Joel Brennan, the governors choice for state secretary of administration, came to La Crosse on Tuesday to make the announcement at the county courthouse.

La Crosse County DA Tim Gruenke says assistants’ workloads can affect their ability to give each case the attention they deserve.

“The people who handle the drugs or the traffic cases typically have between 300 and 400 open cases to work through at one time,” Gruenke said. “Domestic violence and sexual assault a little less but the topic of case adds to it.”

Gruenke said the number of cases can be overwhelming for attorneys.

“Burnout is a real issue,” he said. “When you’re working this many hours and doing all the cases and the things we see, we’re always on the lookout for burnout.”

Department of Administration Secretary-designee Joel Brennan said they chose to help La Crosse County due to its record of using diversion programs, and talking with victims before deals are made, among other things.

They hope to have both positions filled within the next few months.