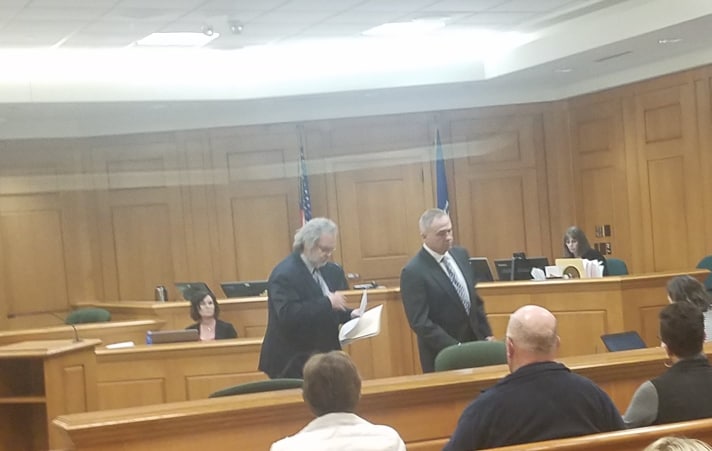 Devine waived his preliminary hearing, pleaded not guilty and Judge Elliot Levine decided there was enough evidence to go to trial. It all occurred within 10 minutes.

Four explicit images of underage children were tracked back to Devine’s IP address.

He faces a minimum of three years in prison if convicted.