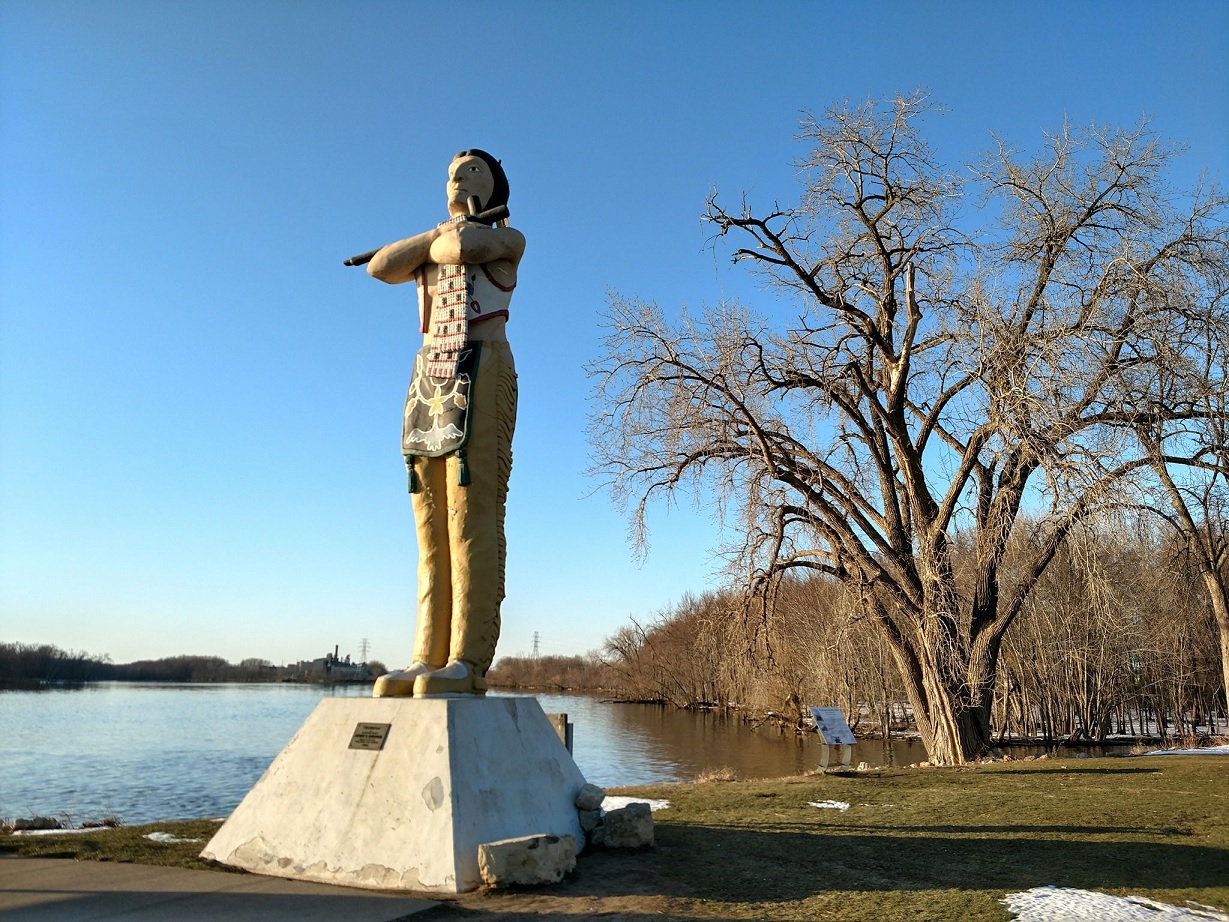 The latest report on the condition of Hiawatha — the Native American-like statue in La Crosse’s Riverside Park — is not so good.

City leaders estimate that fixing cracks in the large concrete statue could cost up to $60,000.

The last time Hiawatha was repaired, nearly 20 years ago, the price tag was around $35,000.

As for removing the large statue from the riverfront, park director Jay Odegaard admits that would be a tough job.

“This isn’t a couch that somebody needs to put in their living room,” Odegaard told the city park board Thursday night. “It’s a significantly large piece.”

Hiawatha was included in a report on artworks in La Crosse parks, which might need repair, such as sculptures in Myrick Park and Burns Park.

People in the community have talked for years about removing Hiawatha from the park, partly because it’s viewed as a Native American stereotype.

The family of statue sculptor Anthony Zimmerhakl offered to put it on property in southern Minnesota.