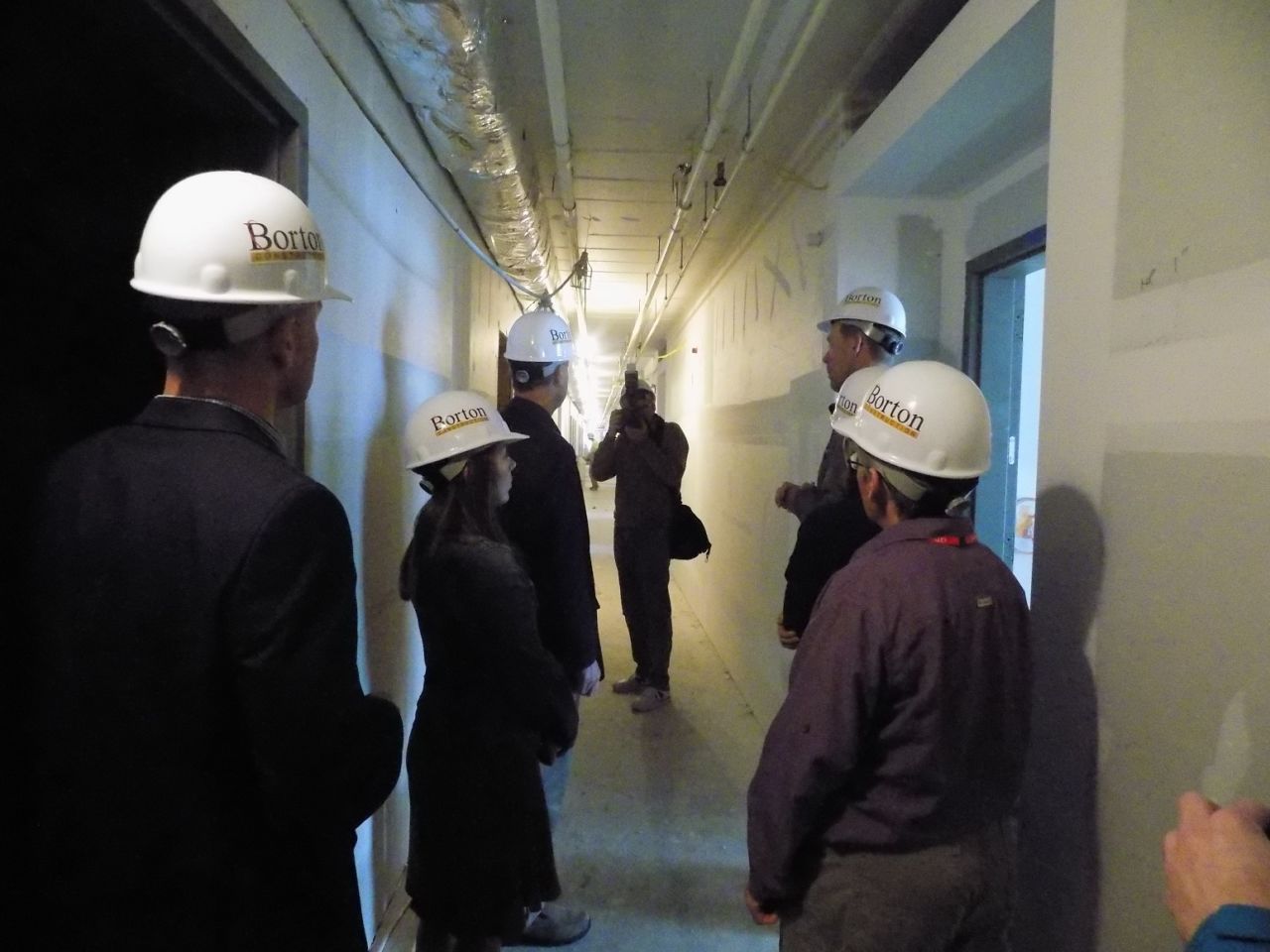 Within the next couple of months, homeless veterans and others in need of housing will be moving into a new apartment complex near La Crosse’s Kane Street garden.

Construction is almost done on the Garden Terrace project, a 50-unit building near Lang Drive.

The city of La Crosse is loaning $775,000 to the project, from federal block grant funds.

Congressman Ron Kind, a north La Crosse native, toured the apartment building with developers and city leaders Monday, because of the federal block grant funding being used to help finance the project.

Madison developer Michael Carlson said the smaller of the two buildings at Garden Terrace will be a new community center.

More than a dozen apartments in Garden Terrace are being set aside by vets who need shelter.

The new apartment complex has been built on a mound, putting it well above street level to avoid flooding.