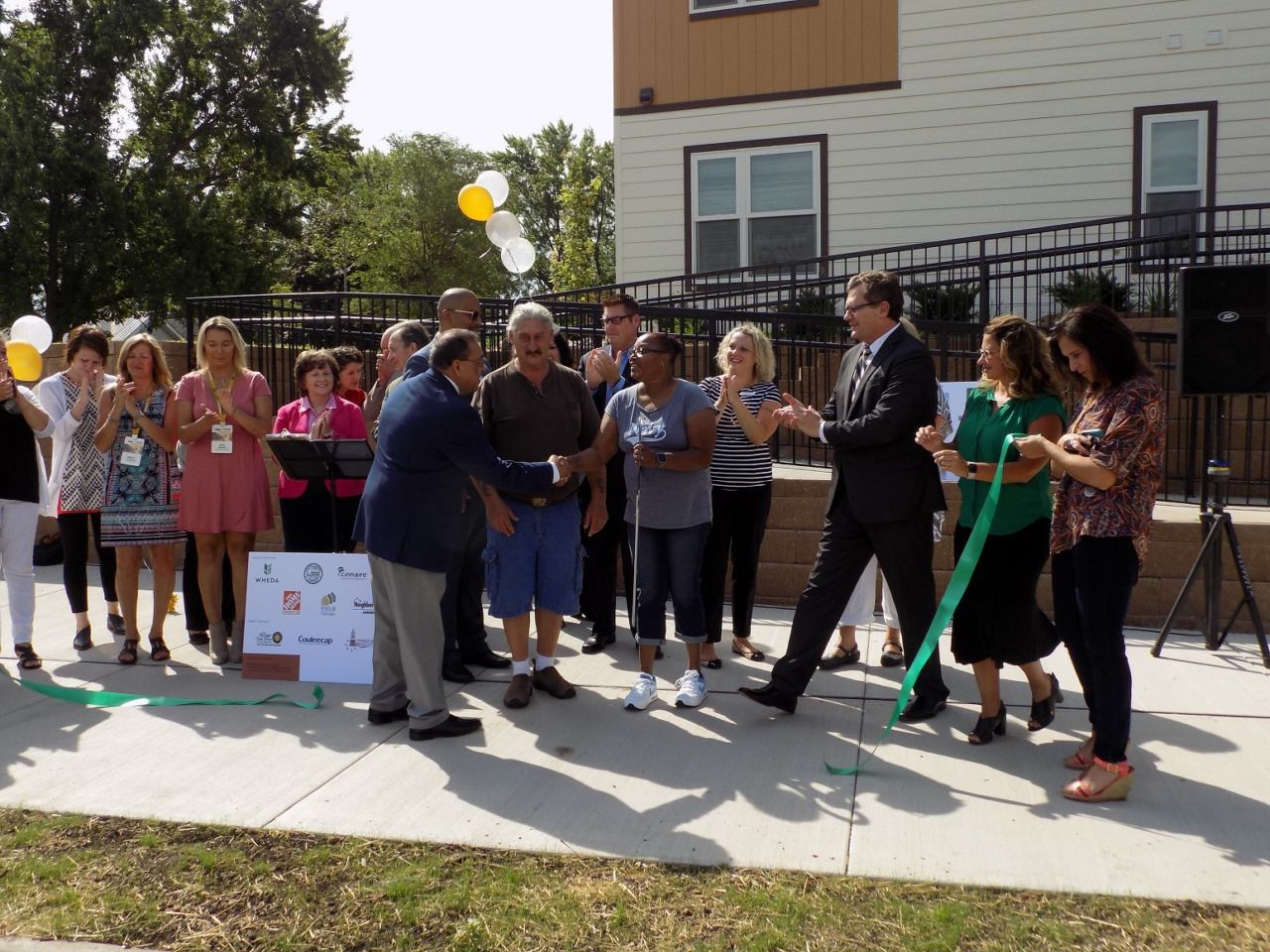 Mayor Tim Kabat was among the government and community leaders, along with neighborhood residents cutting the ribbon at the Garden Terrace complex on Saint Cloud Street.

“We punch far above our weight when it comes to providing affordable housing,” said Kabat. “I would really stack up our performance and what we’ve been able to deliver amongst any community around the state or really around the region.”

The mayor also said the city believes that everyone deserves “safe and decent housing.”

Fifteen of the Garden Terrace apartments have been set aside so homeless veterans can have a place to live.

The executive director of the Wisconsin Housing and Economic Development Authority, Joaquin Altoro, represented state government at the opening.

“Can we actually do this? Can we mix different income types and can people live comfortably? Absolutely,” Altoro said.

Navy veteran JoAnn Williams, who just moved into Garden Terrace after a period of being homeless, held the scissors to cut the ribbon at the dedication ceremony.