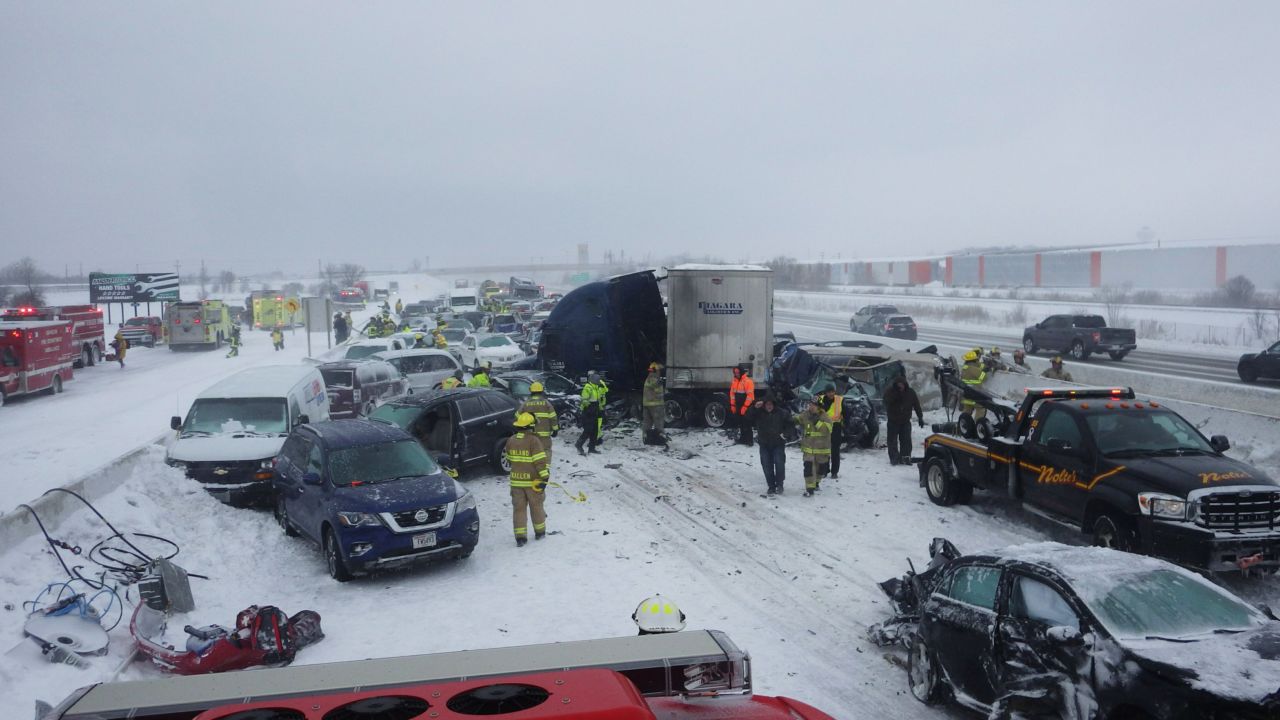 Sunday’s chain-reaction crash on southbound Interstate 41 near Neenah killed a 30-year-old school teacher and injured 71 others.

One woman called 911 to report she was just in an accident. She said she “can’t see anything” and “everybody’s just crashing into us.” She later screams and says, “My car’s just shaking. I don’t feel safe in the car.”

Photos released by the Winnebago County Sheriff’s Office show crumpled cars, pickups and semis smashed into one another on the snowy highway. In body cam video, a responding deputy crawls over the wreckage and yells to a trapped motorist to hold on.