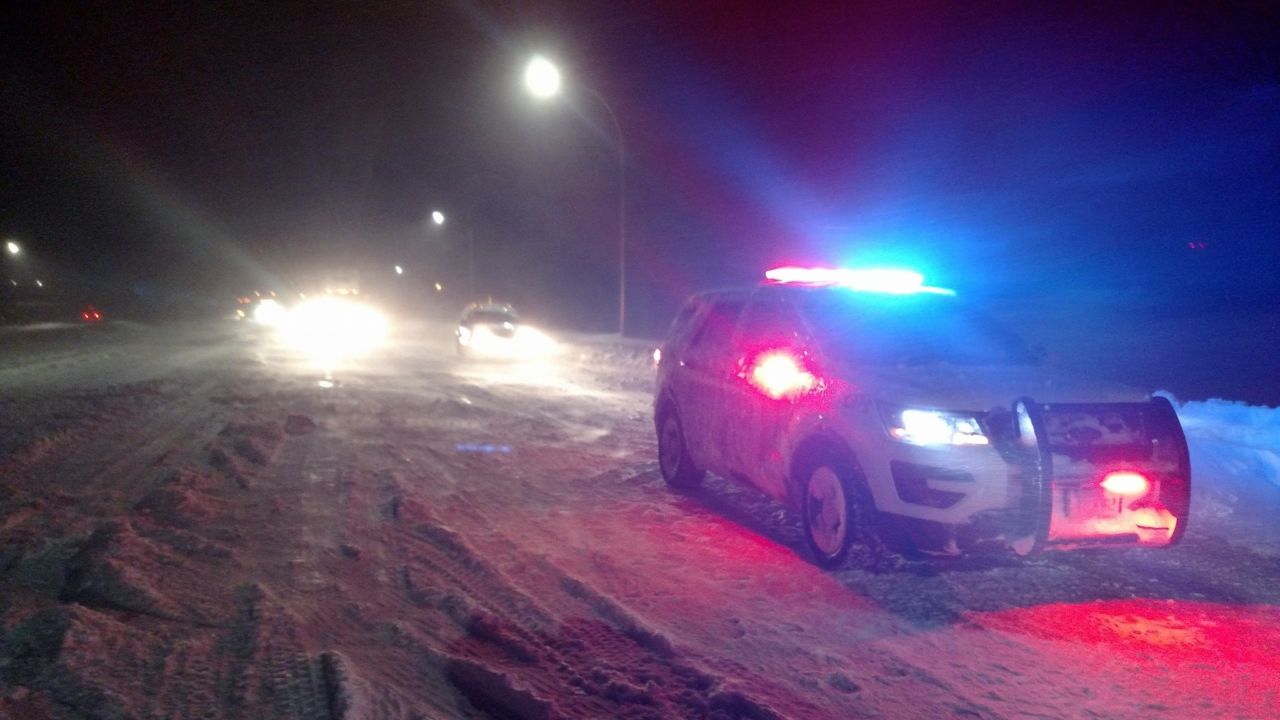 MINNEAPOLIS (AP) — Authorities have rescued dozens of people stranded by a blizzard that howled across southern Minnesota and dumped about a foot of snow in some places. In east-central Wisconsin, one person was killed and several others injured Sunday in an interstate pileup involving more than 100 vehicles during whiteout conditions.

Forty-eight people were sheltered at a National Guard armory in Albert Lea, near the Minnesota-Iowa border, while the Owatonna armory housed 24 people stranded by the blizzard.

Gov. Tim Walz declared a state of emergency late Saturday and ordered the guard to help stranded motorists in Freeborn and Steele counties. Conditions were so bad in southern Minnesota on Sunday that state Homeland Security and Emergency Management Director Joe Kelly urged residents to stay home, or to stay in their vehicles and wait for help if stranded on the road.

The Minnesota Department of Transportation said Interstate 35 is closed from Owatonna to the Iowa border and I-90 is closed from Dexter in Mower County west, due to poor driving conditions with blowing and drifting snow. Many other highways in southeastern Minnesota were closed Sunday morning.

In Wisconsin, one person was killed and several others injured and taken to hospitals Sunday in a pileup amid whiteout conditions on southbound Interstate 41 that involved more than 100 vehicles, the Winnebago County Sheriff’s Office said.

North Dakota transportation officials closed I-29 in both the northbound and southbound lanes from Grand Forks to the Canadian border on Sunday because of blowing snow, which was creating icy road conditions, areas of zero visibility and life-threatening driving conditions.