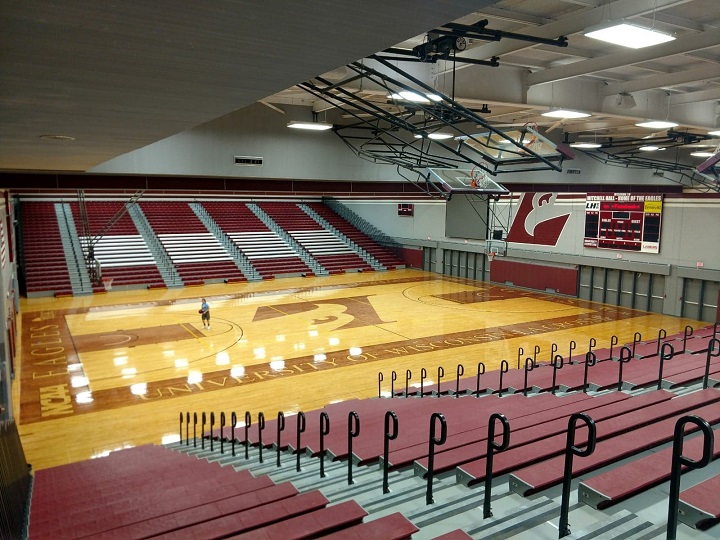 What happened over the weekend could be good news or bad for the postseason hopes of the University of Wisconsin-La Crosse men’s basketball team.

After losing last week in the WIAC tournament semifinals, the Eagles (17-9) have to wait and see if a selection committee chooses them at 11:30 a.m. today as one of 21 teams that gets an at-large bid to the NCAA tournament.

UW-L missed its chance at an automatic berth when it lost 61-51 to UW-Platteville in the WIAC tournament semifinals.

The Pioneers (18-10) went on to win the WIAC tournament, 70-57 over UW-Stevens Point, which could help UW-L’s chances at qualifying.

The Pointers (18-9), however, upset No. 4-ranked UW-Oshkosh (23-3) in the semifinals, which might hurt the Eagles chances at the postseason.

UW-L had gone into the tournament riding high, after beating the Titans 66-61 on Feb 13 — the second-last game of the season.

After losing to UW-Platteville, it was that win that was going to bolster the Eagles’ chances for an at-large bid.

But, as WIAC games often go, anyone can win in Division III’s toughest conference.

Heading into the game against the Pioneers, UW-L coach Kent Dernbach said his team played one of the Top 5 toughest schedules in the country this season.

Also hoping to get into the NCAA tournament, the 25th-ranked UW-L women’s basketball team (22-5) will have to wait and see if it gets an at-large bid today.

The Eagles lost in the WIAC tourney semifinals 53-51 to UW-Whitewater, which scored the go-ahead with 4 seconds remaining.