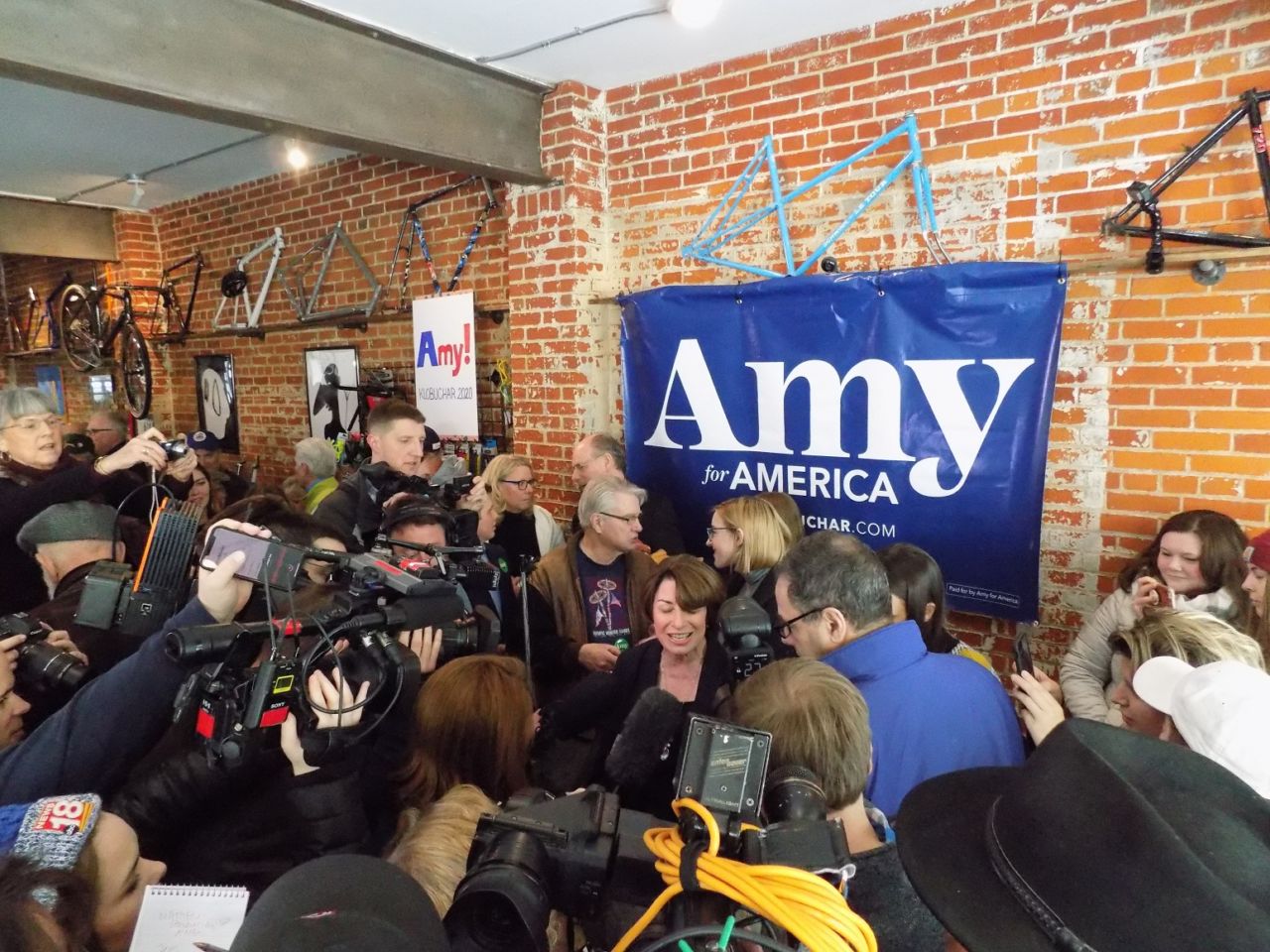 EAU CLAIRE, Wis. — Less than a week into her campaign for president, Minnesota Sen. Amy Klobuchar has crossed the border into Wisconsin to meet with voters in Eau Claire.

Klobuchar joked about campaigning indoors, compared to being covered in snow during her outdoor announcement speech in Minneapolis last weekend.

She also recalled speaking at a barn somewhere in Wisconsin’s 3rd Congressional District, as a guest of La Crosse Rep. Ron Kind.

Klobuchar spoke of building bridges, politically and literally, as she mentioned Minnesota bridges she has worked to develop in Hastings, Red Wing and Winona, as well as the rebuilt I35-W bridge in Minneapolis.

Accompanied by her husband, John Bessler, and their daughter, Klobuchar called on Washington to focus on issues affecting rural America, including health care in small towns and rural access to broadband.

Klobuchar has promised to campaign extensively in Wisconsin, where her mother grew up.