UW-L coach: I wouldn't be here if not for Taulvish McCray 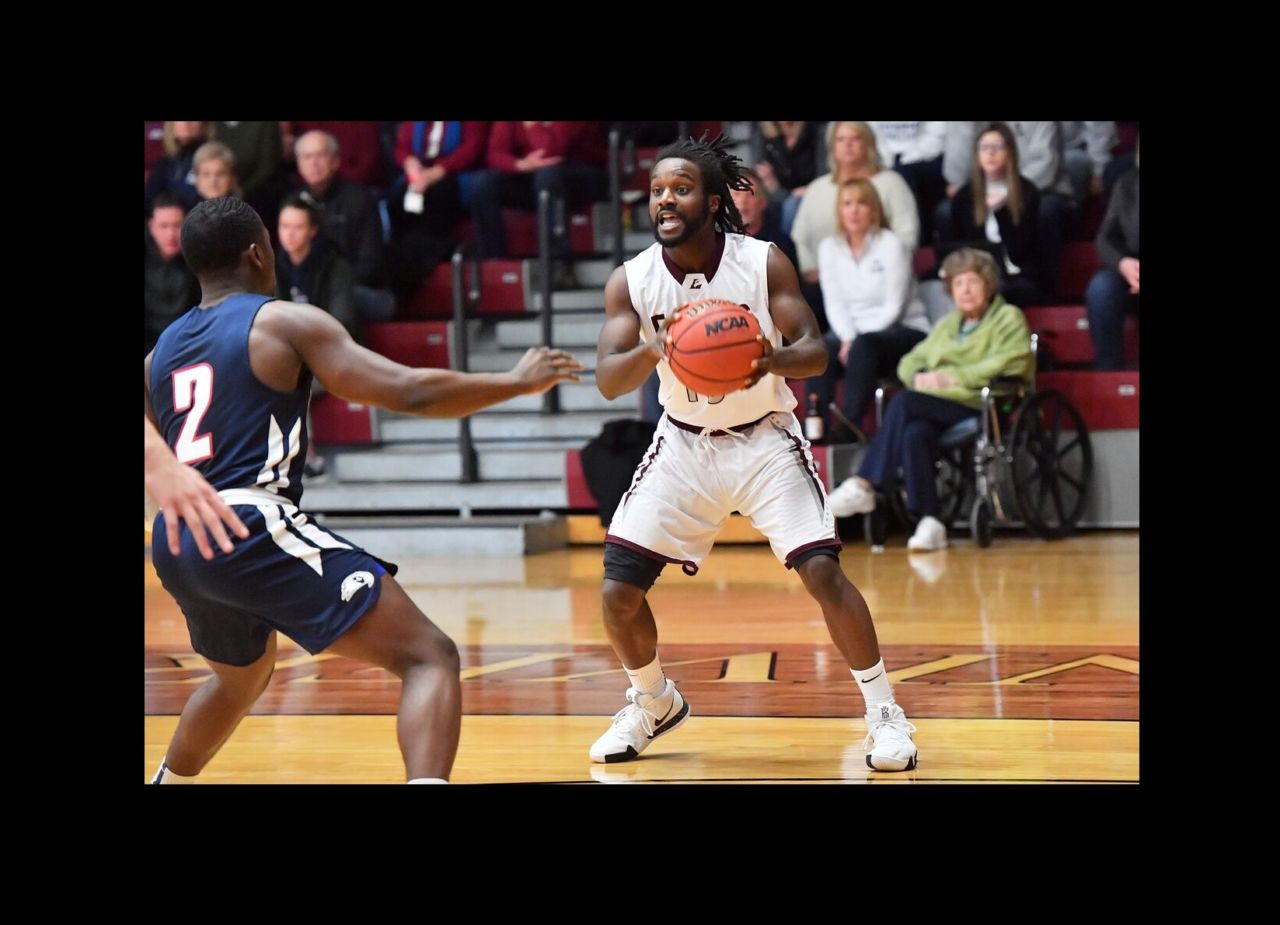 He was cut his freshman year.

It’s kind of an odd thing to happen to a recruited player. It bugged Taulvish McCray. Motivated him. Pissed him off.

That was five years ago.

Today, McCray is still here, the starting point guard for the University of Wisconsin-La Crosse men’s basketball team. He’s led the Eagles to a 14-5 record, a No. 25 ranking and a firm hold on second place in the country’s toughest Division III conference.

“I got in for academics,” McCray said of getting cut but staying at UW-L. “I really liked the school. I liked the team. There was something in me where I didn’t want to leave this school.”

Second-year coach Kent Dernbach is sure glad he did.

“I’m not talking to you, I’m not living in Onalaska right now, if it wasn’t for Taulvish McCray,” Dernbach said. “If we did not have him last year, I don’t know where our program would have been.”

You see, Dernbach left what was a prime coaching opportunity at UW-Stevens Point — perhaps the best team year-in, year-out in the WIAC — to come to UW-L just before last season and take over a program on an interim basis, for a coach that had suddenly resigned.

“I’m coming into a situation, the team went 5-9 (in conference),” Dernbach explained. “They graduated five of their top six players. Who’s going to play? Who the heck is going to play?”

At that point, McCray was coming in as a junior. The year before he played just 20 of 27 games. Averaged only 8.2 minutes and never started.

“It’s not like we had any star recruits that came in or a stud transfer,” Dernbach continued. “We didn’t have any of that stuff. We had to do it with the guys that were here and Taulvish McCray stepped up. If he doesn’t do it, I’m not the head coach at UW-La Crosse. It’s just plain and simple.”

McCray became the starting point guard. He played the most minutes on the team, which did enough to impress UW-L brass into giving Dernbach the head coaching job outright.

Of course, McCray’s going to read this today and ask for more minutes. That, however, might be hard to do.

His coaches already worry about their 5-foot-10 guard doing too much. Whatever “work” clichés there are, they would all describe McCray — first to the gym, last to leave; gives it 110 percent; works harder than anyone else.

Not a lot of coaches, however, have to tell their players to stop working. McCray’s kind of an oddball in that regard.

“I have to pull him out of drills,” Dernbach said. “I have to say, “Taulvish, you got too many reps.’ I have to tell him he can’t play. I’ll say, ‘Taulvish, you’re exhausted right now.’

“And he’ll go, (mimics McCray completely winded and out of breath) ‘Coach, I just like playing.’”

Some of that drive, of course, stems from being cut and not letting it happen again.

“Work harder than anybody else,” McCray said of his mindset after that. “Make sure that, next year, when this time came around, that coach really wouldn’t have an option but to have me on the team.”

McCray’s numbers won’t blow anyone away. What he does to opposing point guards’ numbers, however, might.

Point guard Luke Norcia appreciates when McCray doesn’t guard him in practice. Assistant coach Kenny Finco, who was the starting point guard two seasons ago for UW-L, had the same sentiment, even though McCray was just that bench guy — still annoying as ever on the court in practice.

On the flip side, Dernbach explained having a lockdown defender like McCray in practice may make his teammates look foolish at first but, eventually, they adjust.

McCray is one of only three players in UW-L history to be named to the WIAC all-defensive team. After this season, he’ll be the only one in school history named to that team twice.

He may also be the only UW-L player to be a YMCA water aerobics instructor.

“He’s the most sought after, the most requested water aerobics instructor, by far,” Dernbach joked.

Yes, McCray may have a bigger fan following from the women in water aerobics than he does when on the court at Mitchell Hall.

They want that to change, of course. The way it’s going now, it looks like it could. During a three-game stretch this season, UW-L beat No. 14 UW-Whitewater, No. 9 UW-SP (on the road, for the first time in 20 years) and then lost by six to No. 4-ranked UW-Oshkosh.

Watching those games from opposites sides of the country were his parents. His mom, a traveling nurse in Washington, and his dad in Tennessee. They watch every game online.

McCray says mom is constant support, while dad is his biggest critic — albeit in a constructive manner.

McCray is also stuck in the middle of three sisters and three brothers, who all back him up — and at least one brother, Mario, who always beat him down on the court until that one day. You know how there’s always that one day, when you finally beat your brother?

“Oh yeah,” McCray said with delight. “Now, it’s funny because he used to always win and I would get so pissed that I would never win a single game.”

Things since have sort of changed, Taulvish being a diehard gymrat who hopes to play overseas next year.

“Now it’s the complete opposite,” Taulvish said, relishing in the glory. “When we get in the gym — he’s out of shape now — he doesn’t really play and I take no mercy on him, at all. He’ll continue to play as many games as his wind will let him. I don’t take it easy at all. I win every single game. It’s payback and I tell him all the time, ‘You’ll never beat me again.’”

Just brotherly love, but it’s the same attitude Taulvish takes out on his teammates, his opponents and the ghosts that cut him as a freshman.