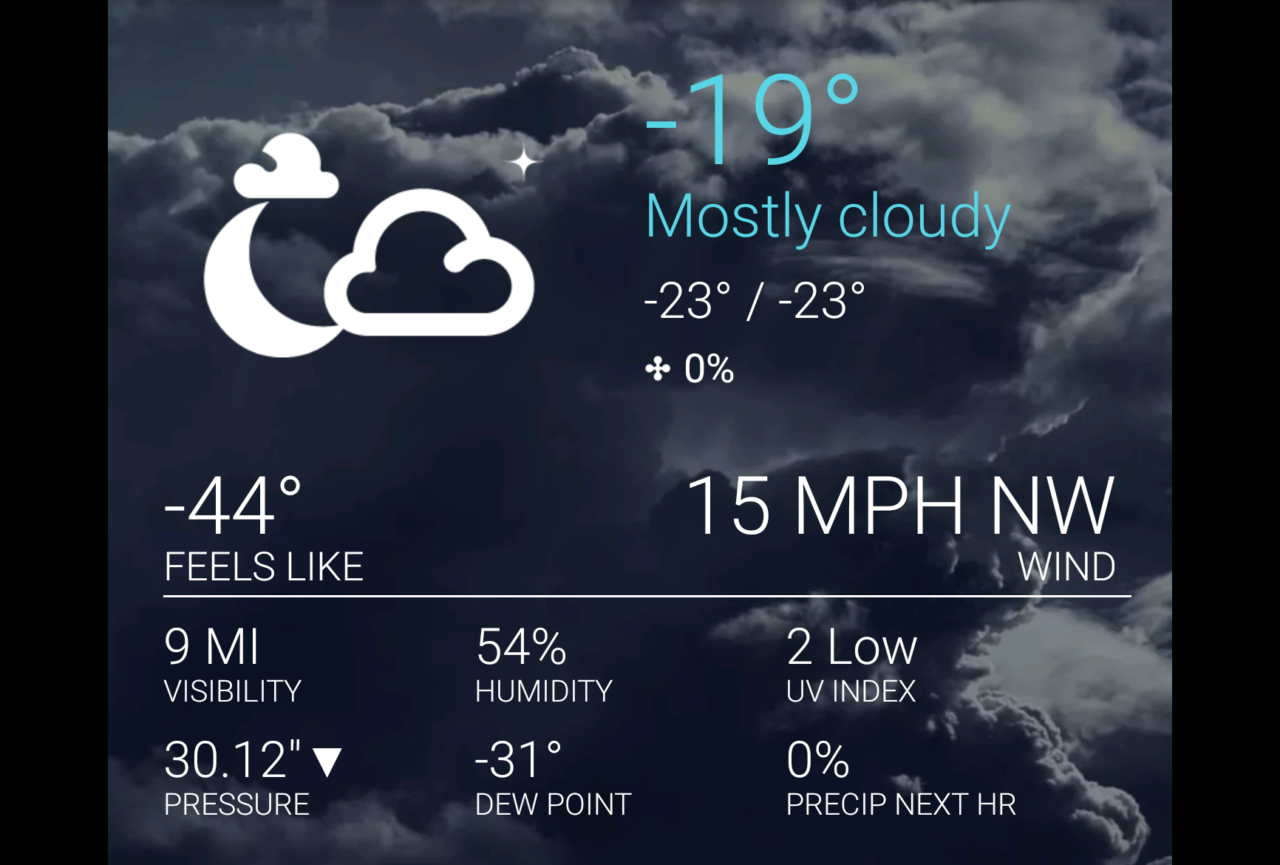 The ridiculously cold temperatures are bad enough. Surely you’ve seen someone share something similar to the above picture.

But, if you see off to the side, the “feels like” temperature is what everyone in the Midwest is sort of bragging about, right now — as long as they’re not sharing that while stranded in a broken down car.

That windchill temperature, however, doesn’t really mean anything unless you’re naked and walking right into the wind. OK, not totally naked, just whatever skin is exposed to the wind.

Windchill simply determines how long it would take at that temperature for you to get frostbite, as compared to your skin being exposed to the regular temp.

So, if it’s 10 degrees outside but the windchill is -20, you’ll get frostbite as if it’s -20 — as long as your walking directly into the wind, skin exposed.

Here’s a chart from the National Weather Service that determines how long that would take: