After taking down No. 1, Viterbo has just one thing left to do — win the whole thing 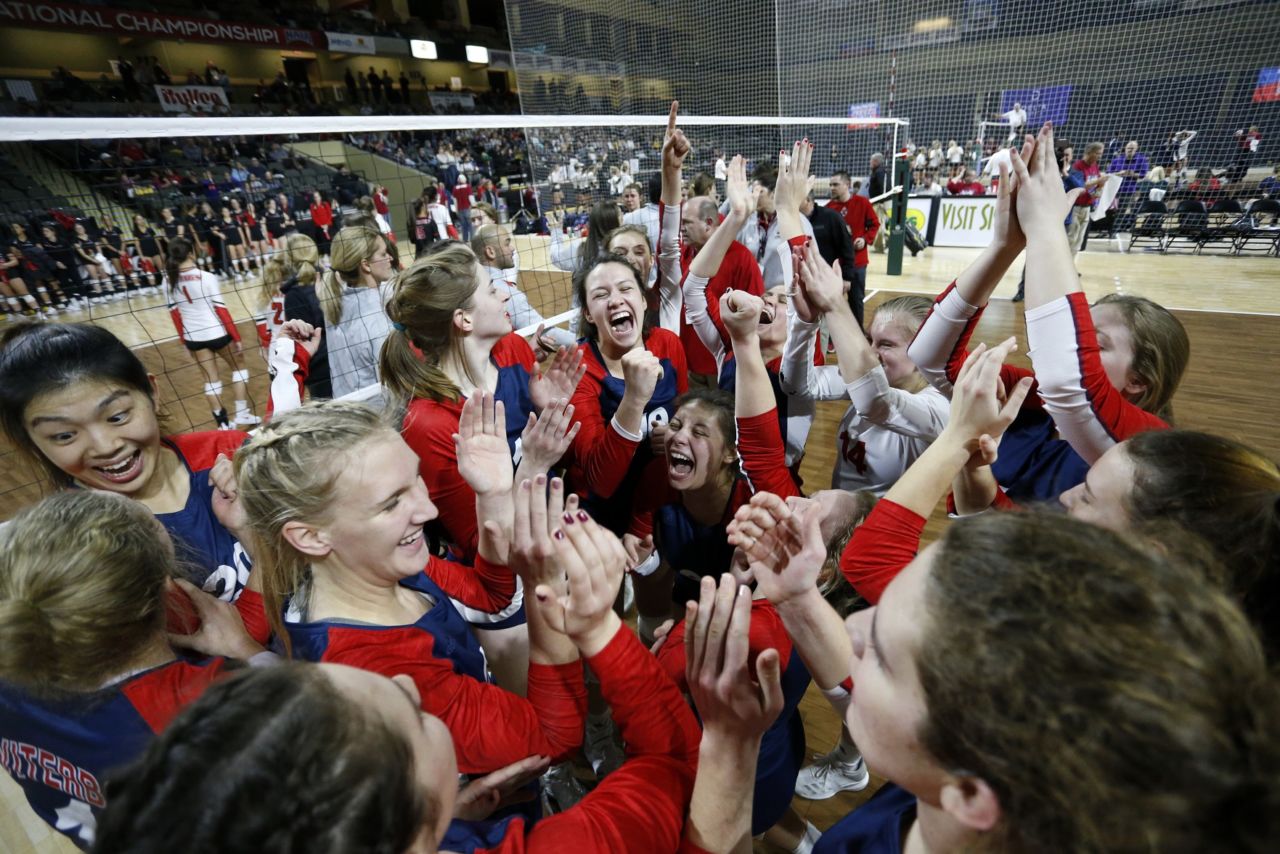 It was supposed to be where a rebuilding Viterbo University volleyball season would end.

The V-Hawks had other ideas and went to one of those newcomers to pull off the upset. 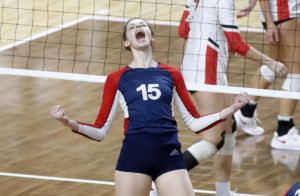 Aubrey Aspen lets loose a howl, after a V-Hawk point in the third set of Friday’s NAIA Elite 8 contest against Grand View. ABOVE: The Viterbo savors its 3-1 win over top-ranked., and previously undefeated, Grand View on Friday in the NAIA quarterfinals. PHOTOS: Nate Beier, GX3Media.

The win pits Viterbo against No. 3-ranked Columbia College (41-4) at 11 a.m. today from the Tyson Center — Viterbo’s fourth trip to the Final Four in the past five seasons.

The one season Viterbo didn’t make it to this point, was two years ago. That season, the V-Hawks won their pool but somehow got seeded against the top-ranked team, despite being the No. 2-ranked team at the time.

Viterbo has never gotten to the NAIA championship.

The winner today will go on to play for the NAIA championship at 7 p.m. tonight against either No. 2 Park or No. 14 Midland.

Aside from Xu, the V-Hawks did not hit well. The rest of the team had just 29 kills with a .12 kill percentage.

This has been a somewhat improbable run for the V-Hawks, after losing some of their all-time bests at hitter, setter and defense last season.

On top of that, Viterbo was on the verge of being eliminated in pool play, before making a miraculous comeback to win its final match, forcing a one-set tiebreaker to move on — which it also won. 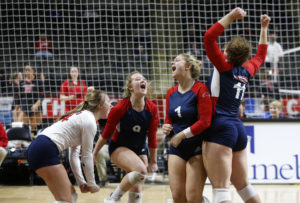