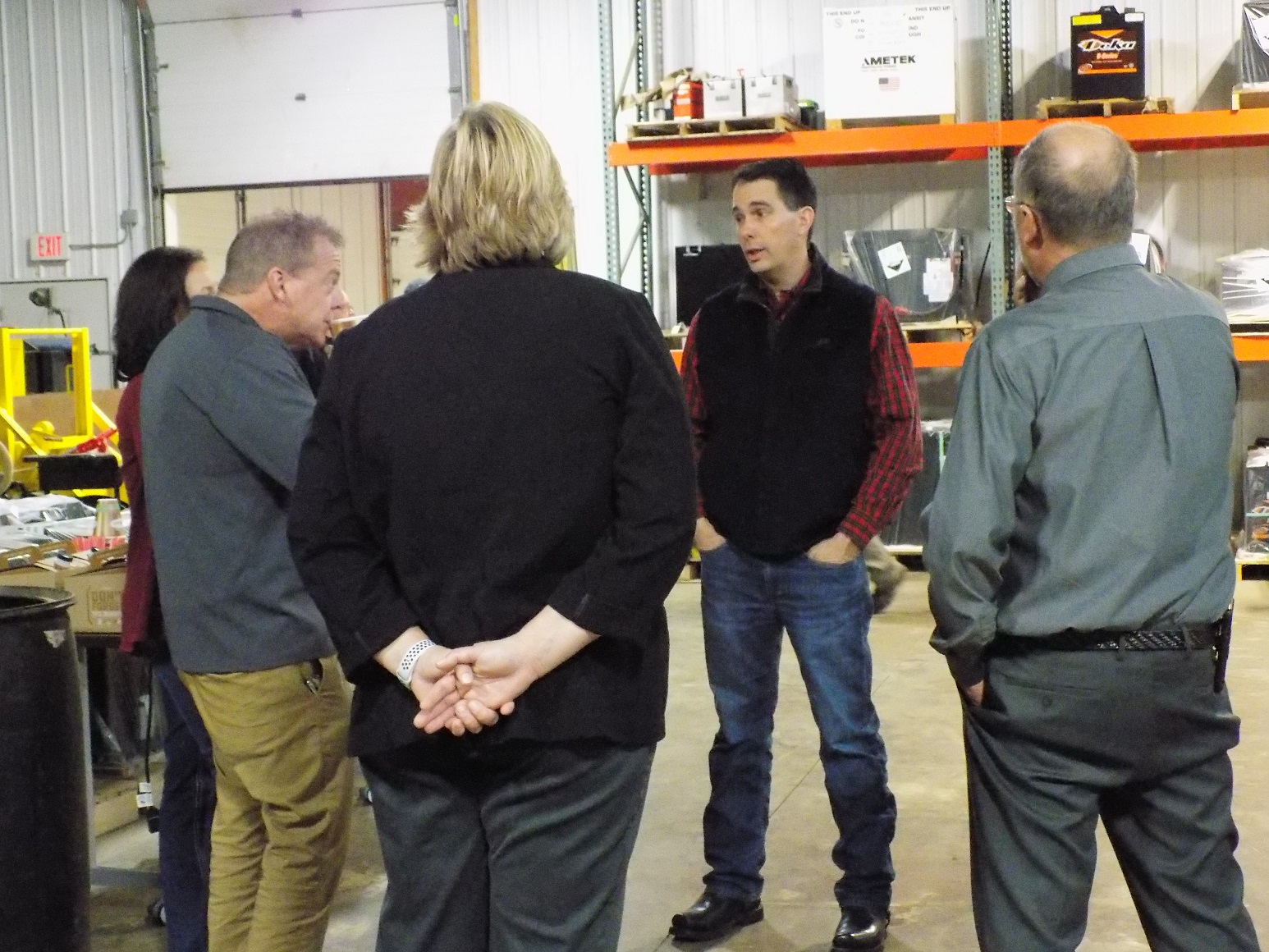 Remis says lower taxes under Republicans have helped give businesses a better attitude.

Remis started the battery supply company in 1980, when Democrat Jimmy Carter was president, and recalled that double-digit interest rates prevented him from making much of a profit at first.

Remis says trickle-down economics are real and work for his business, which sells large industrial batteries for forklifts. When large companies expand, they then buy from his business.

“Menards is one of my largest companies,” Remis said. “They’re putting up 12 stores. They put up at last 12 last year and another 12 this year.

“We supply the batteries and the chargers for their forklifts.

“Other companies like Kohler company on the other side of the state, they’re expanding,” Remis added. “It’s a trickle-down economy. As they grow, we grow, as suppliers.”