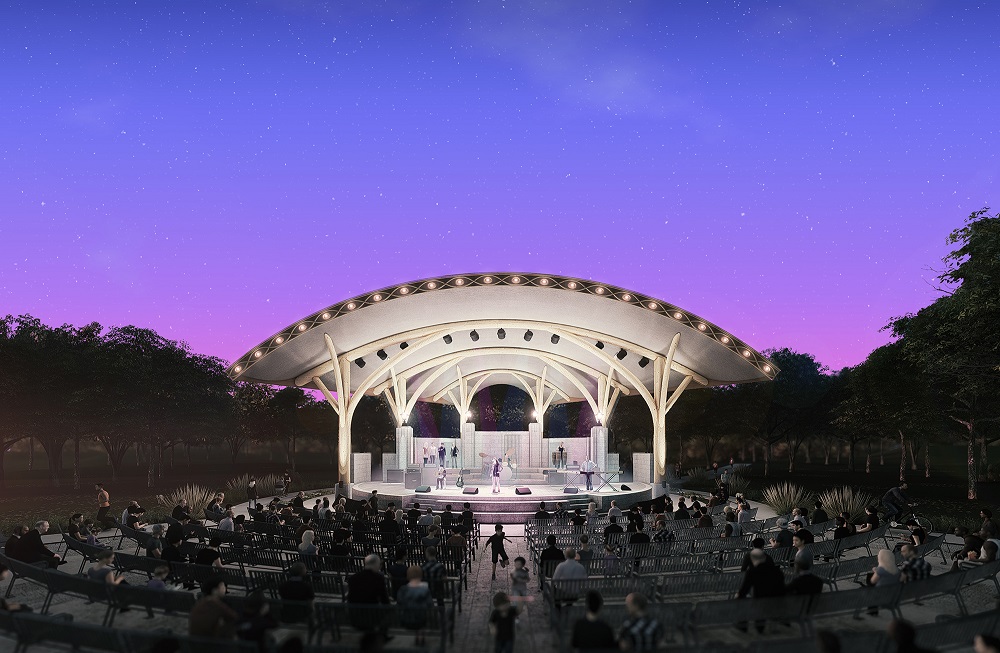 Several groups that use the Riverside Park bandstand in La Crosse have set a fundraising goal of $550,000 to build a shell over that stage.

The consortium is meeting this month to nail down some corporate sponsorships for the project, according to Moon Tunes organizer Terry Bauer.

The ‘User Group’ already has $90,000 for the project, coming from the Moon Tunes concerts and other sources.

Bauer says Piggy’s Restaurant and Pearl Street Brewery are among the companies that have donated money already.

“Because they see it as something that La Crosse has failed to accomplish in 50-plus years of just having a bandstand that’s in pretty bad repair,” Bauer said.

A reconstruction of the existing bandstand will happen first, followed by work on the canopy. The stage work could be finished by May 1.

The shell is designed to stand 32-feet high and cover most of the bandstand.