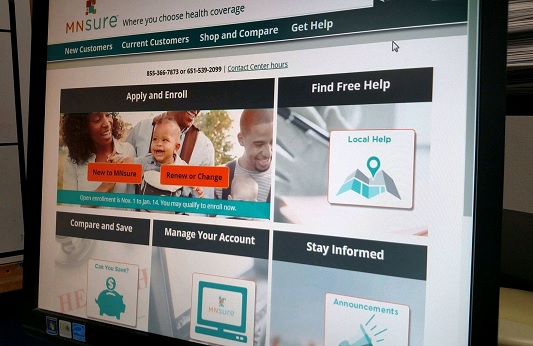 With the number of people without health insurance in Minnesota increasing, some are renewing criticism of the state’s Affordable Care Act exchange program, MNSure.

Preston Republican state representative Greg Davids is one of the loudest voices and constant critic of MNSure.

“We have spent over $600 million in Minnesota, throwing it down the drain,” Davids said. “It’s a complete and total disaster and waste of money. If you look how is spent on that for the people that are being served, you could have not only paid their health insurance premium but bought them a modest house.”

The number of people without health insurance in Minnesota has increased for the first time in five years, when the Affordable Care Act was in full effect, according to a new report.

Despite the uptick in those without health insurance, Minnesota still has one of the lowest uninsured rates in the country at 4.5 percent. Nationally that rate is 8.8 percent, or about 28.5 million people.

Davids is among the voices who have called for repealing both MNSUre and the federal Affordable Care Act.

“What Obamacare did to the citizens across the country and especially here in Minnesota, who I am most concerned about, it was devastating,” Davids claims. “They may have a health insurance card but they don’t have healthcare because they have a $10,800 deductible.”