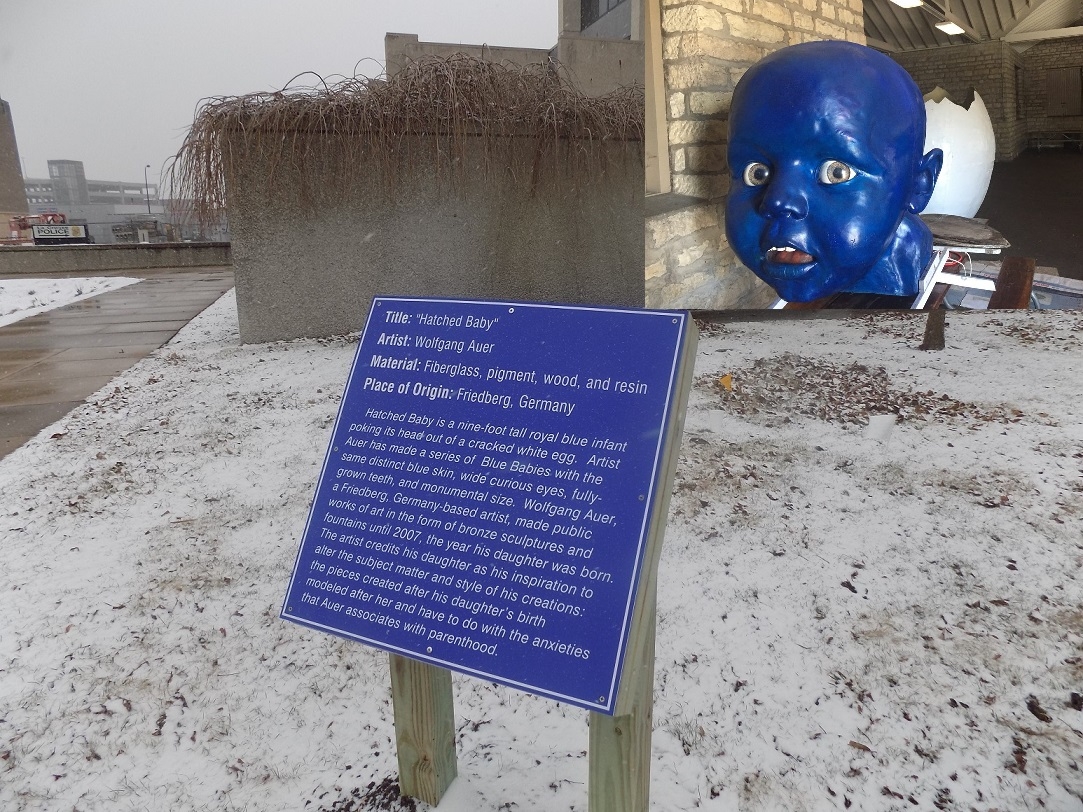 Hatched Baby is set to make his public debut in La Crosse today.

The sculpture by German artist Wolfgang Auer is scheduled for installation this morning on the south lawn of La Crosse’s city hall.

“That’s going to be right up next to the sidewalk,” Dan Trussoni with parks and rec. said. “There won’t be any fencing around it.”

The nine-foot-high sculpture has been kept in a Myrick Park’s shelter over the winter.

A marker was installed Monday, explaining what the blue-skinned baby coming out of an egg is supposed to represent.

It was a gift to the community from Auer, who lives in La Crosse’s German sister city of Friedberg.

It was on display in the Cincinnati area for about a year.

The Miami of Ohio Art Museum wrote on its website from when it displayed Hatched Baby, “Auer’s website: Wolfgang Auer, a Friedberg, Germany-based artist, made public works of art in the form of bronze sculptures and fountains until 2007 when his daughter was born. The artist credits his daughter as his inspiration to alter the subject matter and style of his creations; the pieces created after his daughter’s birth are modeled after her and have to do with the anxieties that Auer associates with parenthood. Some have suggested that Auer’s “Blue Babies” are a continuation of the visual tradition of children symbolizing hope, love, new life, innocence, and purity. Auer has created other “Blue Babies” that have been on display all over Europe. In addition to Hatched Baby, Auer also made similar infants in crawling positions. All of the babies have the same distinct blue skin, wide curious eyes, fully-grown teeth, and monumental size, which give the sculptures of infants a physical and emotional power rarely afforded to small children or representations of them. To see images of the other pieces in his “Blue Baby” project.” 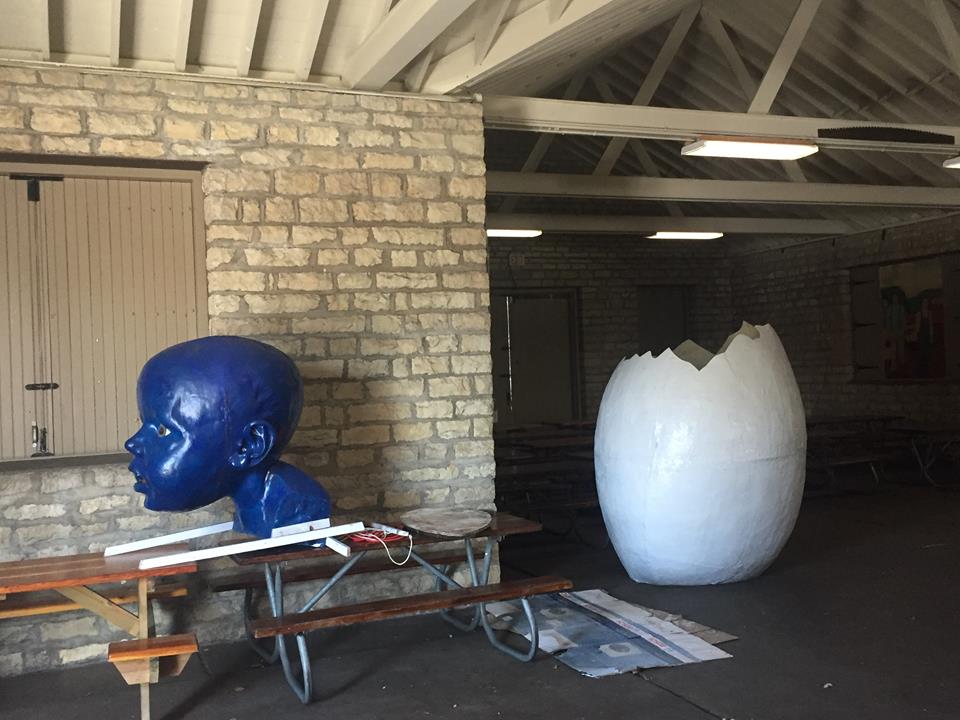