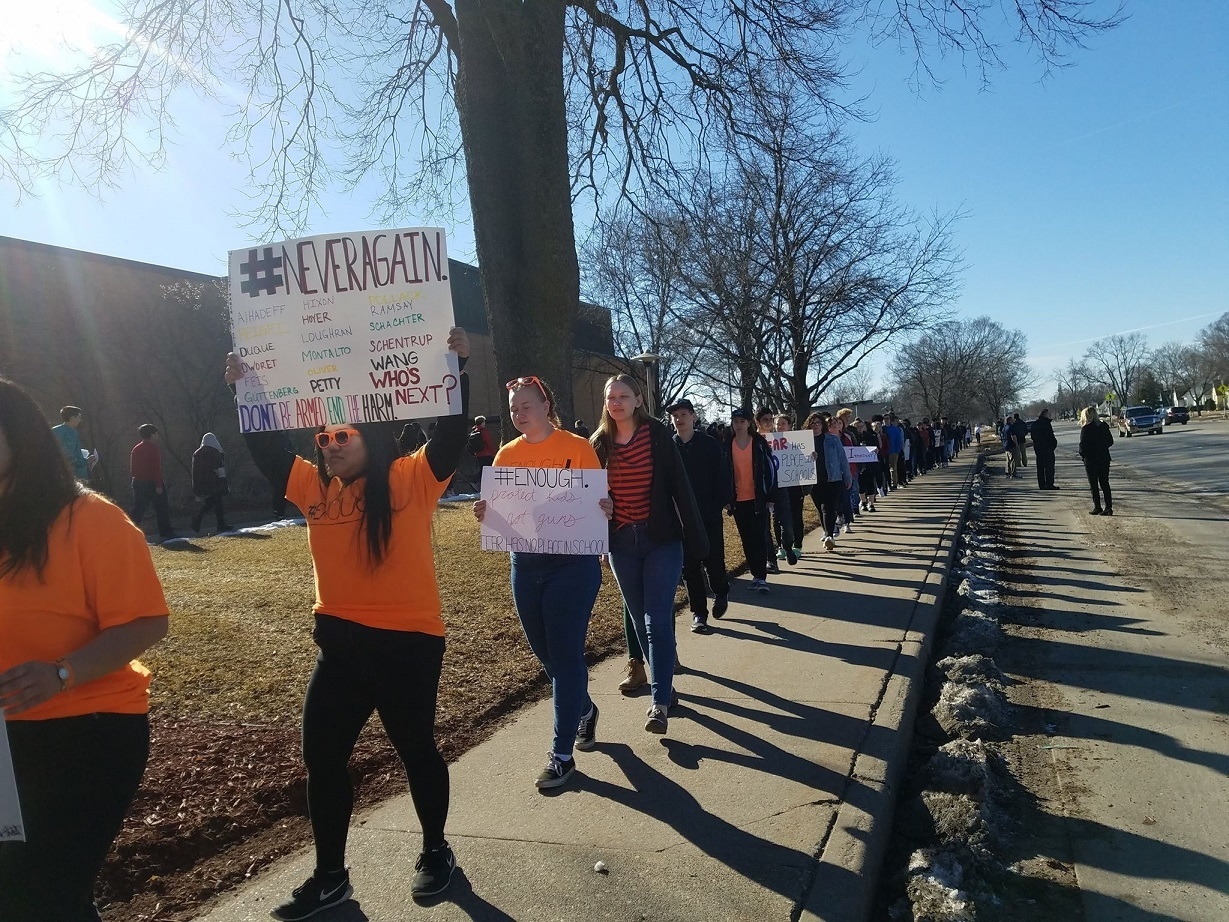 There has been walkouts and marches. But what’s next for those pushing for gun reforms in the U.S.?

Students aren’t letting the gun reform movement lose steam, as it has in the past. Willow Tolle is one of those students. She organized Central High School’s gun violence walkout March 14.

She likes the involvement in the movement she’s seen so far but is still is waiting for that activism to turn into real change.

“I feel like people need to specifically be interested in policies because after all these shootings, what do we hear?” she said. “We hear ‘Thoughts and prayers.’

“The thoughts and prayers haven’t done anything yet. We need actual legitimate policy change.”

To get there, Tolle believes it’s her generation that will have to keep pushing for that change — perhaps literally.
“I would like older generations to actually kind of move out of the way and accept that this is our future, so we want to be a part of it,” she said. “If anything, I would really like younger people to get involved with politics and policies and things like that.”

Tolle added that in the days since the Central walk out and the March for Our Lives rallies, she’s seen progress with more young people getting involved in the issues of gun violence but, also more older adults also getting in the way of that progress.

“There are so many kids right now that, I know last year, they would have never been interested in any sort of politics but this thing directly affects us,” she said.

Regardless, Tolle is optimistic — sort of.

But, she added that it’s clear one of the key obstacles for people like her have to get over is their youth. She sees it constantly with the student activists from the high school in Parkland when they speak in public.

“They did some really amazing things but, the next thing you know, there’s some politician knocking them down just because they’re kids,” Tolle said.