Tammy Baldwin talks with police, others at roundtable on drugs in La Crosse 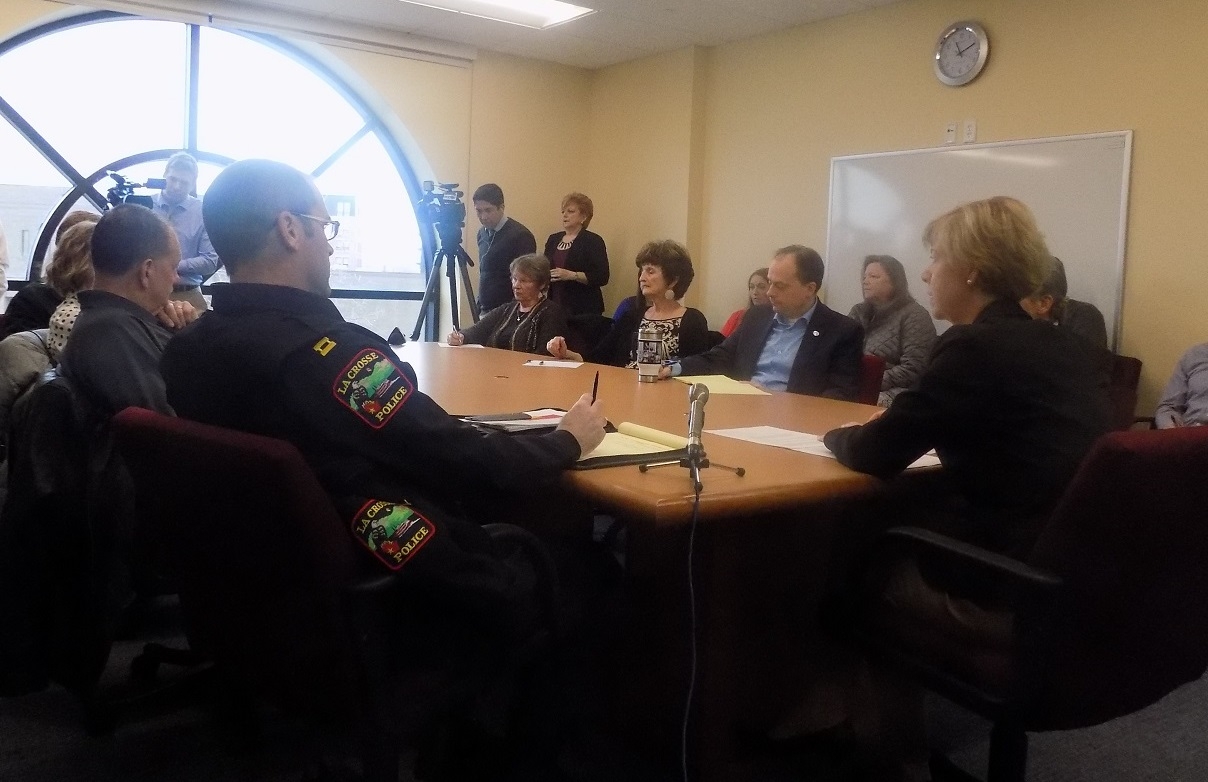 Just when police in the La Crosse area thought they had almost eliminated meth as a major drug problem, it has made a comeback.

County medical examiner Tim Candahl is seeing an increase in drug deaths among people age 30 and up. Candahl reported that La Crosse County had 28 overdose deaths last year. About 90 percent of the deaths involved more than one drug, and fentanyl is becoming a more common factor in overdoses.

Baldwin told panelists that emergency room visits for opioid overdoses in Wisconsin more than doubled in the past two years.

Wolf said area law enforcement has made progress on eliminating homemade meth about a decade ago but then it started coming in from outside the U.S.

“And now we’re seeing the Mexican cartel. And it’s coming through. And we’ve got connections. It’s in Milwaukee,” Wolf said. “We know that. And now it’s being laced with carfentanil and other more serious drugs.”

Wolf added that the spread of carfentanil actually skipped a few states after starting out on the East Coast. He said that drug went from Ohio straight through to Wisconsin without actually catching on in Illinois or Indiana.

The special La Crosse County task force formed to fight the spread of heroin has since broadened its scope to include other drugs. That makes sense to La Crosse police captain Jason Melby, because overdoses in the county often involve more than one drug at a time.

“It’s not just one thing, a lot of our dealers are selling multiple drugs,” Melby said.

Melby told the group that drug use is leading to a rise in other crimes, such as theft, to help pay for drugs.