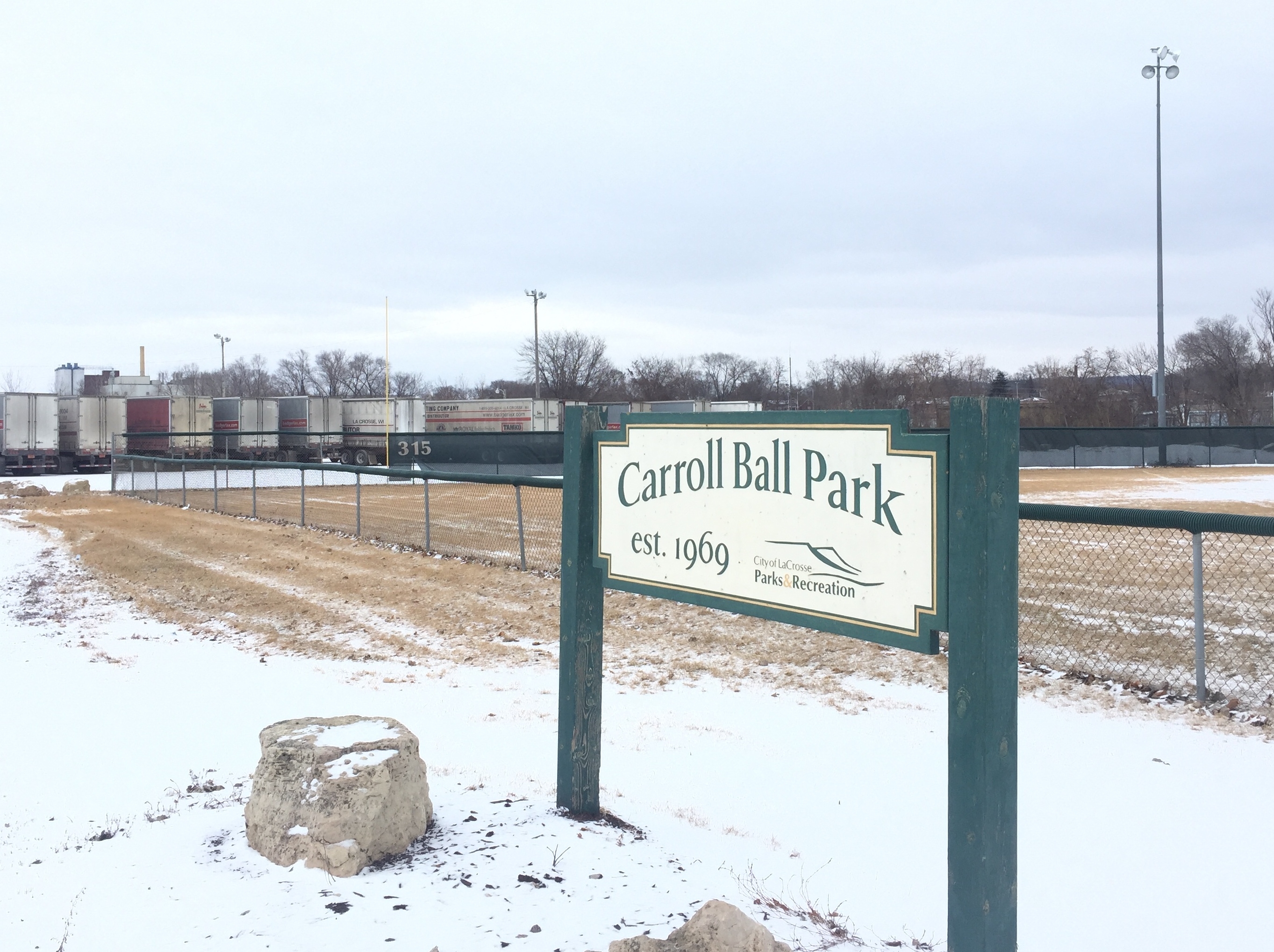 A third field at Carroll Ball Park on lsle la Plume got the green light by a city committee in La Crosse on Monday.

The city Board of Public Works approved clearing out leased truck parking to the north of Carroll for a third field.

The approval comes despite the city’s streets department voicing concerns the new ball field will take away too much snow storage space during winter months.

The two departments will look for an alternate snow storage site.

The new field, along with some lighting and other improvements, has been budgeted for this year at $700,000.

PREVIOUS STORY: A longtime quest to create a baseball and softball field complex could take a step forward today in La Crosse.

The city’s Board of Public Works votes on ending leases at a parking lot to the north of the original Carroll Field on Isle La Plume.

Instead of City Brewery and Badger Corrugating trucks parked there, a new ball field would replace the lot, creating a three-field complex.

The new field, as well as lighting and other improvements, are budgeted at $700,000. A new concession stand and bathrooms are planned for the site next year.

It’s the first such cluster of fields for the parks department, and coming with plenty of benefits, said recreation specialist Jared Flick with the city.

“As soon as you start to cluster fields, you start to reduce maintenance costs,” Flick said. “And, it also, for us, makes the city more attractive when we place bids for large baseball and softball tournaments.

“Now days, you have to have that complex to even be competitive in these bids.”

A field to the south of the original Carroll Field was built last year to replace the field lost during Powell Park renovations. The complex has been in the works for at least five years, Flick added. And now, it’s in an ideal spot that won’t disturb any neighbors.