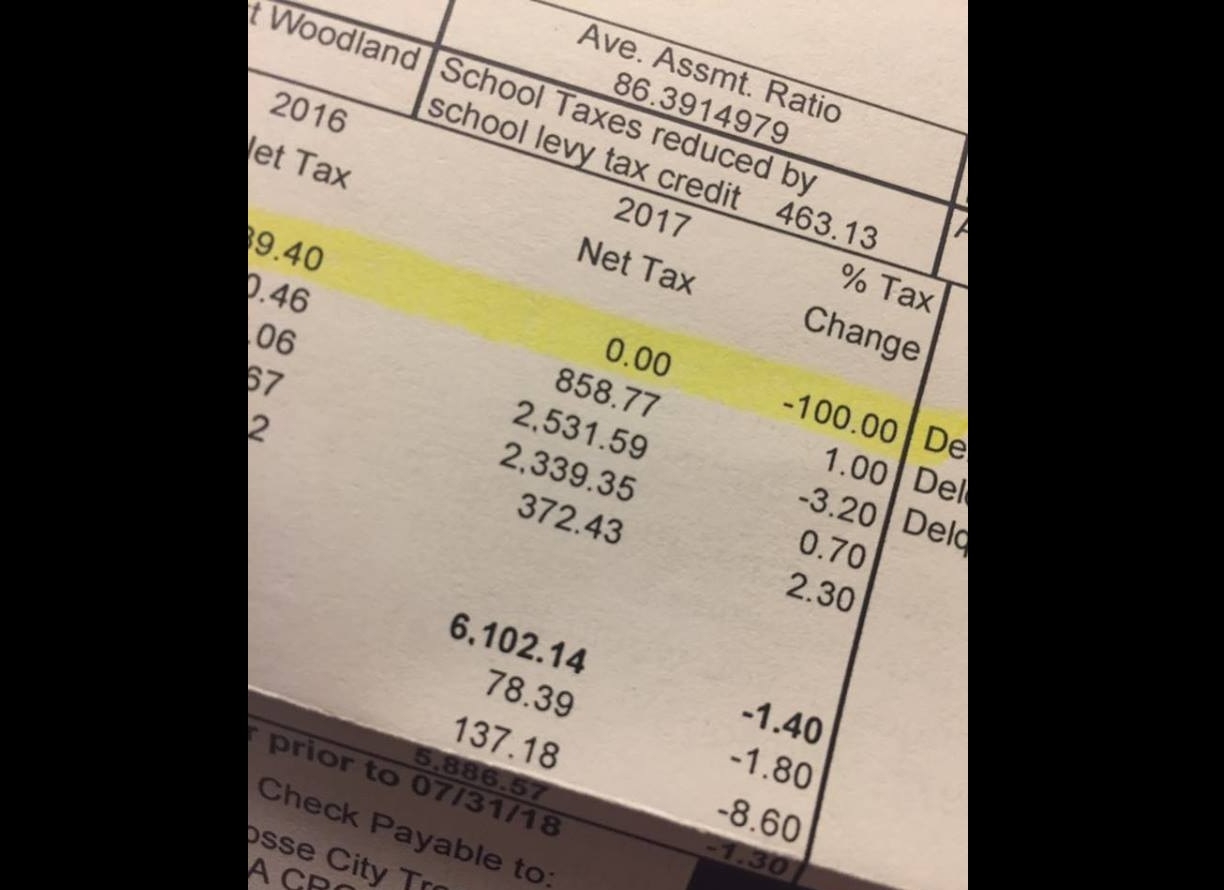 As property tax bills begin arriving in the mail, Wisconsin residents may be experiencing a mix of emotions, depending on where they live.

In La Crosse, the tax rate is down slightly for the city, county and school district.

So, depending on each assessment, a person could be paying significantly less in property taxes this year.

But some may have noticed that one property tax has gone away completely. That’s the Wisconsin state property tax. It’s not a pile of money. About $26 on the average Wisconsin home.

But Gov. Scott Walker, making stops in western Wisconsin on Wednesday, said touted the elimination as part of a broader package of tax cuts that, he said means, “Wisconsin’s property tax burden, as a percentage of personal income, is now at its lowest point since the end of World War II.”

Walker has been pushing to have the tax eliminated and did so in the new two-year state spending plan. The state property tax, on the books since 1931, was originally put into place to help maintain the state’s forests.