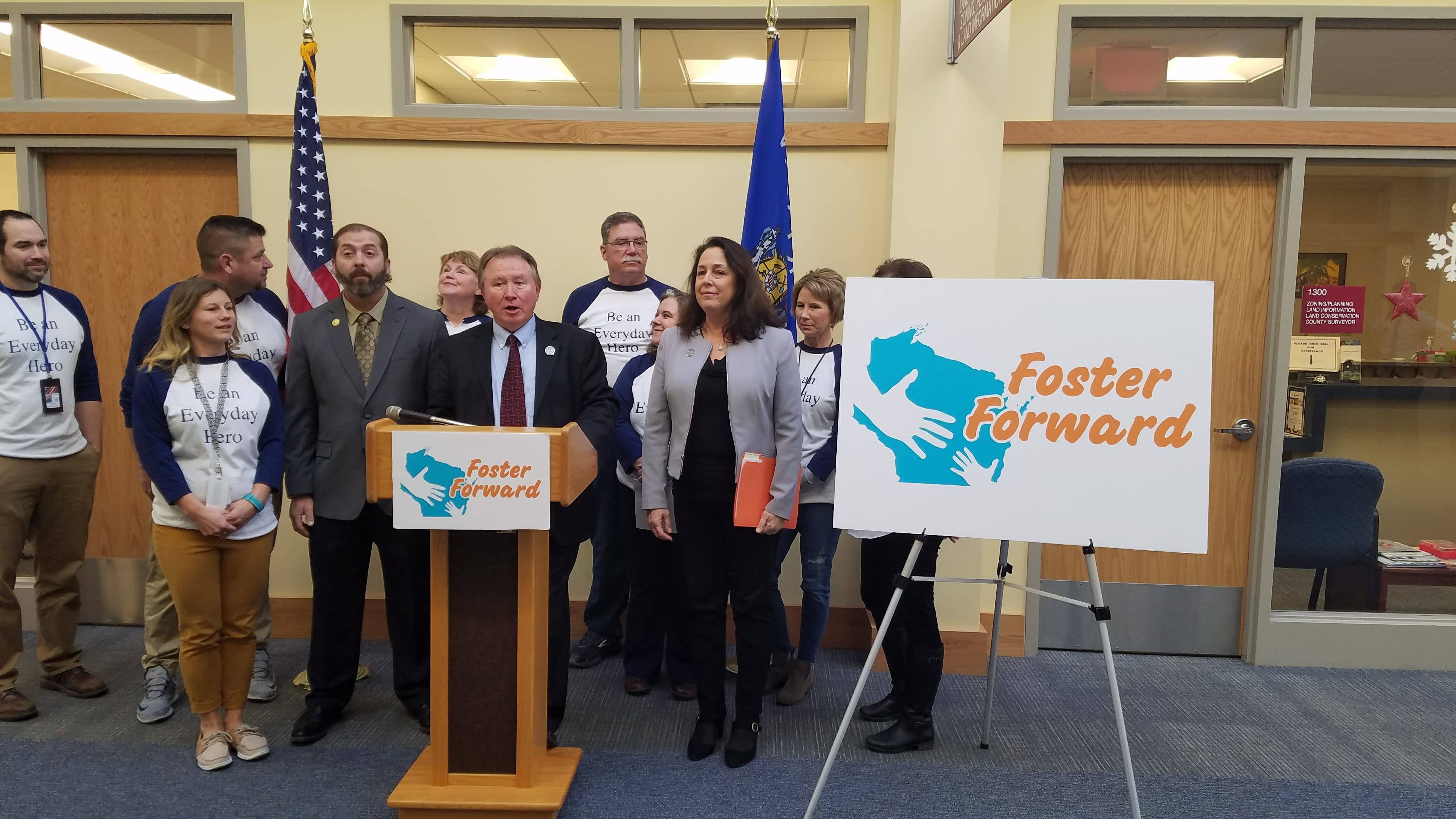 With several local foster parents standing behind him, Wisconsin state rep. Steve Doyle of Onalaska introduced 13 bills going through the Assembly that will help the foster care system.

Doyle says the system has become inundated with cases of parents addicted to drugs.

“The kids have behavioral or emotional issues. Sometimes they have addition issues themselves,” Doyle said. “It is many times more complicated to do a single drug child abuse neglect case than it is your average type case.”

The bipartisan legislation is designed to close loopholes and eliminate hurdles for foster parents to get assistance.

Doyle says the legislation was created through listening from people around the state. Hundreds of people testified in open hearings.

“Nothing is more powerful than having a foster parent or social worker testify to tell you the human suffering that they’re dealing with,” Doyle said. “These are kids that didn’t do anything wrong and they’re being put into a situation that sometimes is life endangering.”

Doyle says a task force will bring the legislation to the Assembly floor next week, and they hope to have it passed by the end of December.