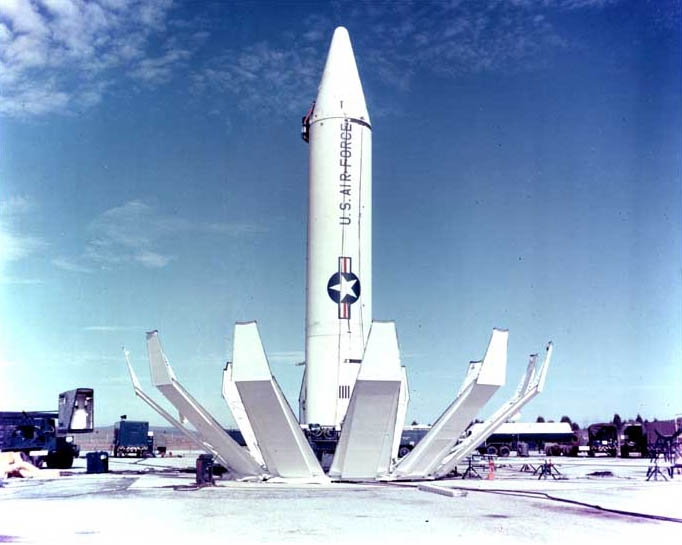 Expert says government acting like it has something to hide and history not on its side.

WASHINGTON — The Pentagon has thrown a cloak of secrecy over assessments of the safety and security of its nuclear weapons operations, a part of the military with a history of periodic inspection failures and bouts of low morale.

Overall results of routine inspections at nuclear weapons bases, such as a “pass-fail” grade, had previously been publicly available. They are now off-limits. The change goes beyond the standard practice of withholding detailed information on the inspections.

The stated reason for the change is to prevent adversaries from learning too much about U.S. nuclear weapons vulnerabilities. Navy Capt. Greg Hicks, spokesman for the Joint Chiefs of Staff, said the added layer of secrecy was deemed necessary.

“We are comfortable with the secrecy,” Hicks said Monday, adding that it helps ensure that “as long as nuclear weapons exist, the U.S. will maintain a safe, secure, and effective nuclear stockpile.”

Critics question the lockdown of information.

“The whole thing smells bad,” said Steven Aftergood, a government secrecy expert with the Federation of American Scientists. “They’re acting like they have something to hide, and it’s not national security secrets.”

“I think the new policy fails to distinguish between protecting valid secrets and shielding incompetence,” he added. “Clearly, nuclear weapons technology secrets should be protected. But negligence or misconduct in handling nuclear weapons should not be insulated from public accountability.”

The decision to conceal results from inspections of how nuclear weapons are operated, maintained and guarded follows a secret recommendation generated by in-depth Pentagon reviews of problems with the weapons, workers and facilities making up the nation’s nuclear force.

But the problems that prompted the reviews three years ago weren’t created by releasing inspection results. The problems were actual shortcomings in the nuclear force, including occasional poor performance, security lapses and flawed training, driven in part by underspending and weak leadership.

The overall results of such inspections, minus security-sensitive details, used to be publicly available.

They provided the initial basis for Associated Press reporting in 2013-2014 on missteps by the Air Force nuclear missile corps.

The AP documented security lapses, leadership and training failures, morale problems and other issues, prompting the Pentagon under Defense Secretary Chuck Hagel to order an in-depth study by an independent group. The review, published in November 2014, found deeply rooted problems and recommended remedies still in the works. In parallel, Hagel ordered what he called an internal review of the nuclear problems. Its findings and recommendation are secret.

Without commenting on the decision to classify inspection grades, Hagel said in an email exchange that excessive government secrecy is dangerous.

“Trust and confidence of the people is the coin of the realm for leaders and nations,” Hagel wrote to the AP. “That requires an openness even on sensitive issues. Certain specifics must always stay classified for national security reasons but should be classified only when absolutely necessary. When you close down information channels and stop the flow of information you invite questions, distrust and investigations.”

Of the two reviews conducted in 2014, the secret report is the one that contains the recommendation to further restrict release of inspection results, according to several officials, including Joseph W. Kirschbaum, director of defense capabilities and management at the Government Accountability Office, the congressional watchdog.

In effect, the Pentagon used the cover of classification to obscure its decision to make nuclear inspection results secret.

The added layer of secrecy did not come to light until an Air Force personnel office posted on its website on June 14 a notice that the “grade,” or overall result, of a nuclear inspection could no longer be mentioned in any personnel documents such as enlisted and officer performance reports, citations or award nominations.

The change is even broader, however. It prohibits any mention of inspection results in any unclassified Defense Department document.

The new rule started going into effect in phases in March, affecting the Navy, which operates the ballistic missile submarine segment of the nuclear force, and the Air Force, which operates land-based nuclear missiles and nuclear bombers.

The Pentagon made the change by rewriting an “instruction” issued by the chairman of the Joint Chiefs of Staff’s office. The revision isn’t publicly available.

Hicks, the Joint Chiefs spokesman, said the instruction is not classified but is authorized for “limited” distribution, keeping it from release. An AP request for a copy was denied.

Asked why the instruction was revised, Hicks said the 2014 Pentagon review recommended that the Air Force “adopt the Navy’s policy” on classification of nuclear inspection results. “The elevated security classification” limits the amount of “potentially vulnerable information to adversary forces,” he added.

The Pentagon has never asserted that reporting on nuclear inspection results has compromised nuclear security.