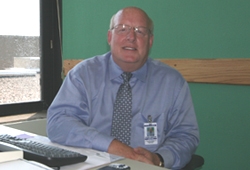 One of La Crosse’s busiest intersections is a lousy place for a baseball field. That’s what city park director Steve Carlyon has said for years about Powell Park, at the corner of Jackson and West Avenue. Carlyon now has a plan to move the ball diamond from Powell to Isle La Plume, near Kootch Carroll field. He says that would allow the city to develop a specialized playground at Powell.

Carlyon says only a handful of communities around the country have such a playground designed for the abilities of kids with autism. The city plan commission reviewed the Isle La Plume plan yesterday.