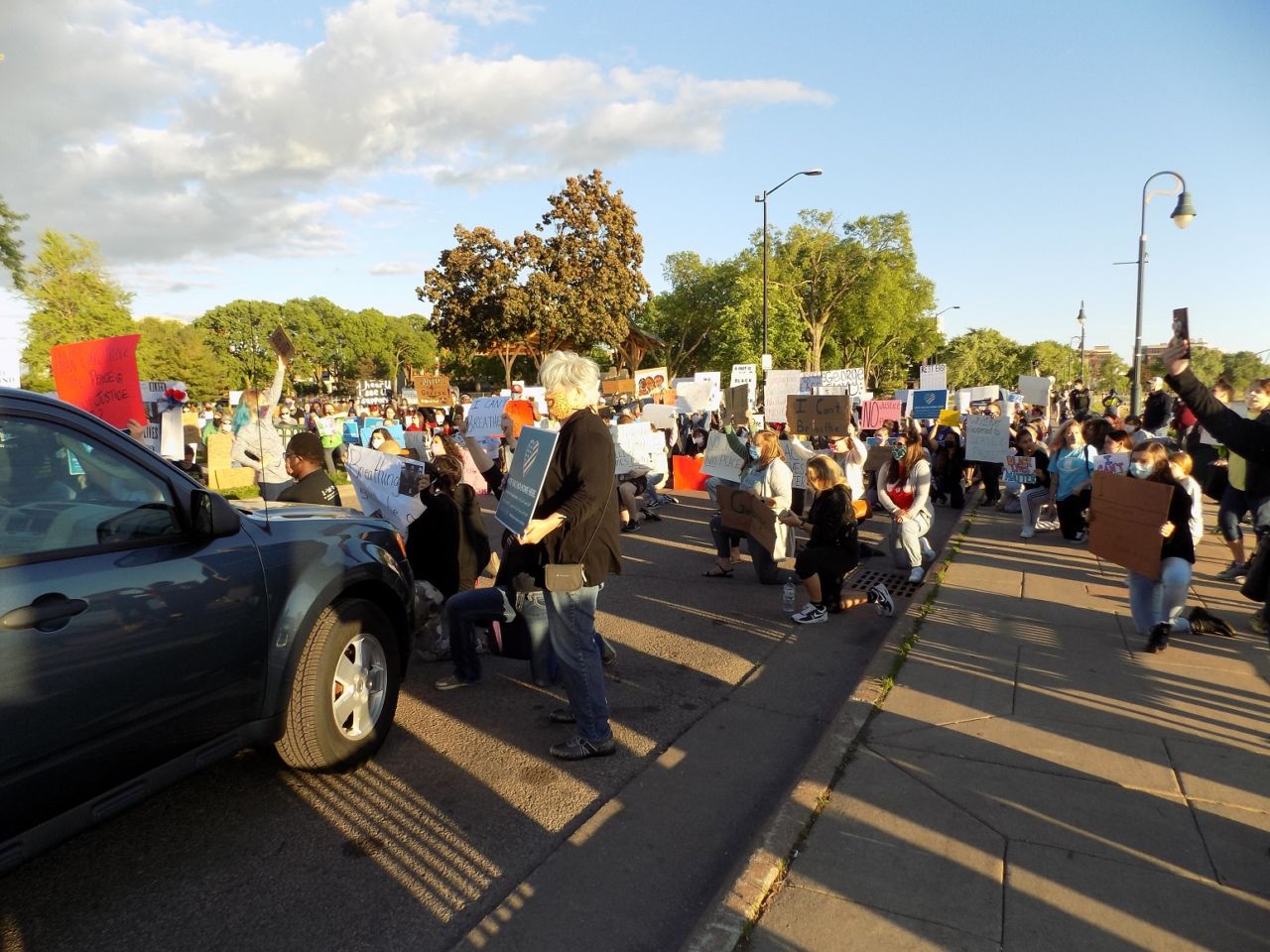 Hundreds of demonstrators took part in mostly peaceful events in La Crosse this weekend, to protest the death of an African-American man while in police custody in Minneapolis.

Police Capt. Jason Melby says the district attorney could file charges against a person who sprayed Christy Kabat during an incident where demonstrators walked in the street, causing an interruption in vehicle traffic.

On Friday night, a crowd at Riverside Park chanted “Black Lives Matter” and “Say his name,’ hours after a Minneapolis policeman was arrested on homicide charges for causing the Memorial Day death of George Floyd.

Picketers flanked both sides of the road through Riverside Park, cheering as passing drivers and even boaters on the Mississippi honked horns in support of the event.

During the demonstration, the crowd in the park went into the road and spontaneously stopped traffic while several people knelt for 9 minutes, to mark the amount of time that Minneapolis Officer Derek Chauvin kept his knee on Floyd’s neck in a video seen around the world.

After about 30 minutes, the demonstrators marched as a group on State Street and 4th Street to La Crosse City Hall, to continue their vigil outside the police station.