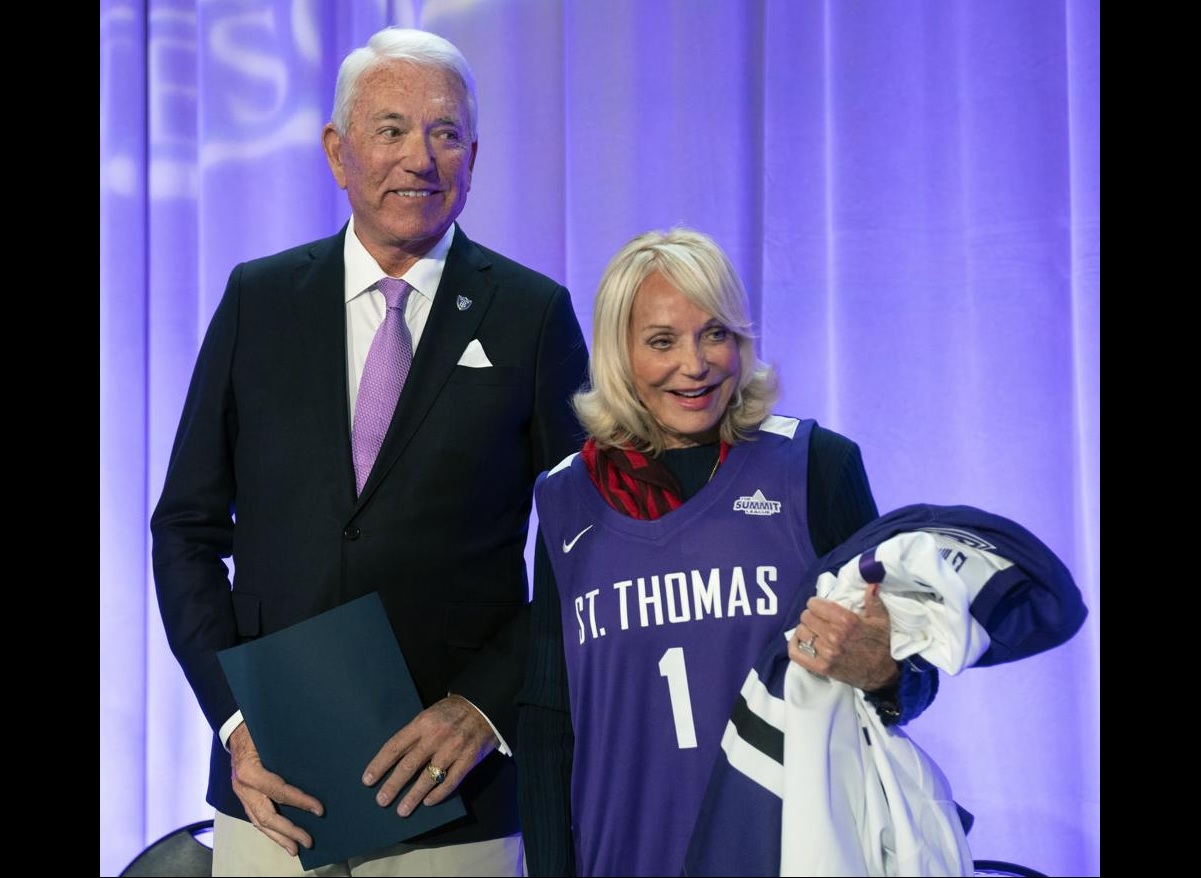 TOP PHOTO: Lee and Penny Anderson smile at the conclusion of a kick-off event Tuesday, Jan. 17, 2023, at the Anderson Student Center on the campus of St. Thomas University in St. Paul, Minn. St. Thomas plans to build an on-campus basketball and hockey arena, the latest major move by the Minnesota Catholic university that's in its second school year as an NCAA Division I athletics program. The new facility drive was fueled by a $75 million gift that's the largest in school history. (Alex Kormann/Star Tribune via AP)

ST. PAUL, Minn. (AP) — The University of St. Thomas announced Tuesday that it had received a $75 million donation, which it plans to use to help fund a new arena to host sports and other events.

The donation from Lee and Penny Anderson is the largest in the history of the private Catholic university, which has about 9,000 students, school officials said Tuesday.

The urban campus in Minnesota’s capitol city is just 78 acres, making for a tight fit — and a tight-knit community.

The Andersons gave $60 million in 2007 toward the student center and athletic complex that houses the current basketball arena that will continue to house the volleyball team.

Anderson owned Roseville-based APi Group, Inc., a holding corporation of about 30 construction, manufacturing and fire-protection companies that he sold three years ago.

He never attended St. Thomas but has served on the university’s Board of Trustees for 12 years.

The university is trying to expand its reputation outside of the Twin Cities. School officials said the new arena will help by providing a venue for its men’s and women’s hockey and basketball teams, as well as events such as concerts and conventions.

The school is in its second year of playing in Division I athletics in most sports.