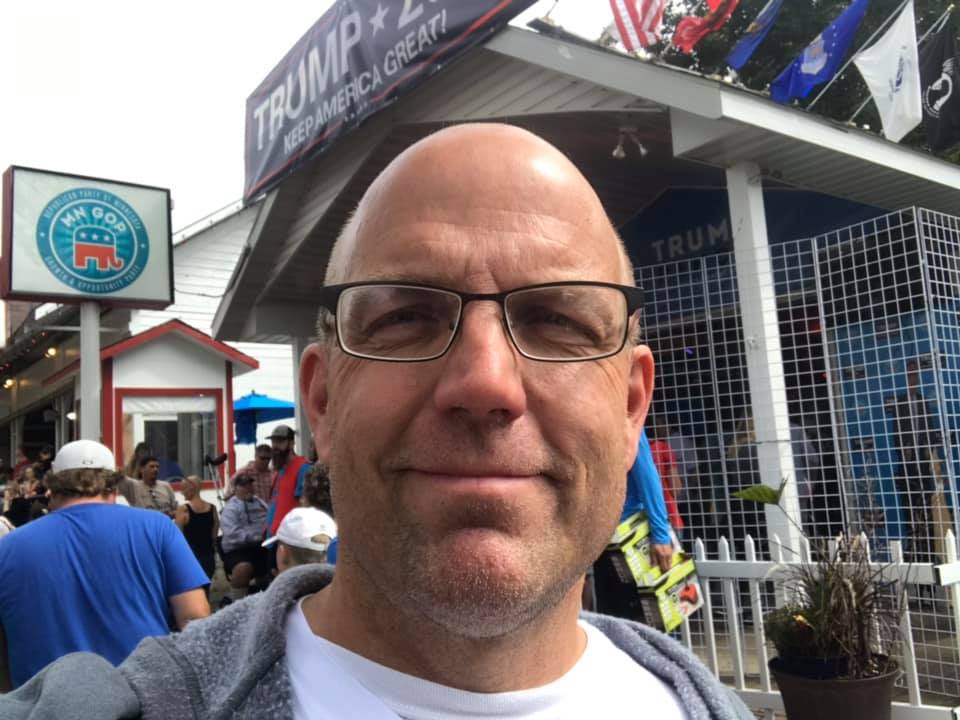 FILE - Rep. Tim Miller at the Minnesota State Fair back in September of 2019.

MINNEAPOLIS (AP) — A Minnesota town has backed away from a proposal to let people sue abortion providers, including organizations that provide abortion drugs by mail, after the state’s attorney general warned that the plan was unconstitutional.

Tim Miller, the retiring Republican state lawmaker behind the proposal, said Monday that he’s not giving up despite the unanimous vote by the Prinsburg City Council last week to drop the idea. It’s similar to a Texas law that deputizes private citizens to sue abortion providers or anyone who helps someone get an abortion.

Miller told The Associated Press that he still thinks the proposal is constitutional despite what Democratic Attorney General Keith Ellison says. Miller said he and other supporters of the idea will try to enact it in other rural Minnesota communities, though he declined to name them.

“We are definitely moving forward,” Miller said, adding that he thinks it could even come up again in Prinsburg, Miller’s western Minnesota hometown of about 500 people where he first proposed the idea last month. Miller, who was first elected in 2014, has said he did not seek reelection so he could focus on the anti-abortion movement.

Ellison has made it clear that he would sue to block any community that tries to enforce such an ordinance.

“Any municipal ordinance which limits the fundamental rights of pregnant Minnesotans to receive an abortion is unconstitutional,” Ellison said last month in a letter to Prinsburg Mayor Roger Ahrenholz, noting that the Minnesota Supreme Court recognized abortion rights under the state constitution in 1995. “No city in Minnesota has the power to restrict the right to abortion or enact conflicting regulations on health care providers.”

With little discussion, the City Council voted Friday against further consideration of Miller’s proposal after Ahrenholz told members that the city had been provided with no case law or other legal authority to rebut the attorney general’s warning, according to video of the meeting from KARE-TV.

“In reaching its decision, the council took into account the position of the Minnesota Attorney General and its City Attorney stating that provisions described in the ordinance are unconstitutional and not within the legal authority of the city to enact,” officials later said on the city’s website. “The council plans no further discussion or comment regarding the proposed ordinance.”

The closest abortion clinics to Prinsburg are about 100 miles (160 kilometers) east in the Minneapolis area. But the ordinance would have been a barrier to distant clinics providing abortion pills to residents by mail. It would have allowed courts to award “not less than $100,000” for each violation. But it would not have allowed lawsuits against women who have abortions.

Ellison, who ran for reelection on a pledge to defend abortion rights after the U.S. Supreme Court overturned Roe v. Wade, welcomed the vote, which likely spared the community from contentious litigation.

“I’m glad city officials respected their oaths of office & voted it down,” Ellison tweeted Sunday. “All Minnesotans have a right to safe, legal abortion. I hope all MN communities take notice.”

Any attempts by other Minnesota communities are likely to hit similar legal obstacles. In addition, Democrats who won full control of state government in November have vowed to reinforce the 1995 state high court decision with statutory language codifying abortion rights.

The Thomas More Society, a conservative legal group that helped develop the proposal along with Pro-Life Action Ministries, will pay the costs for communities that enact the proposal to defend themselves any legal challenges, Miller said. He contends the proposal would be legally defendable even if the 2023 Legislature codifies abortion rights.

“This is our way that we can fight back against the abortion industry in Minnesota,” Miller said.