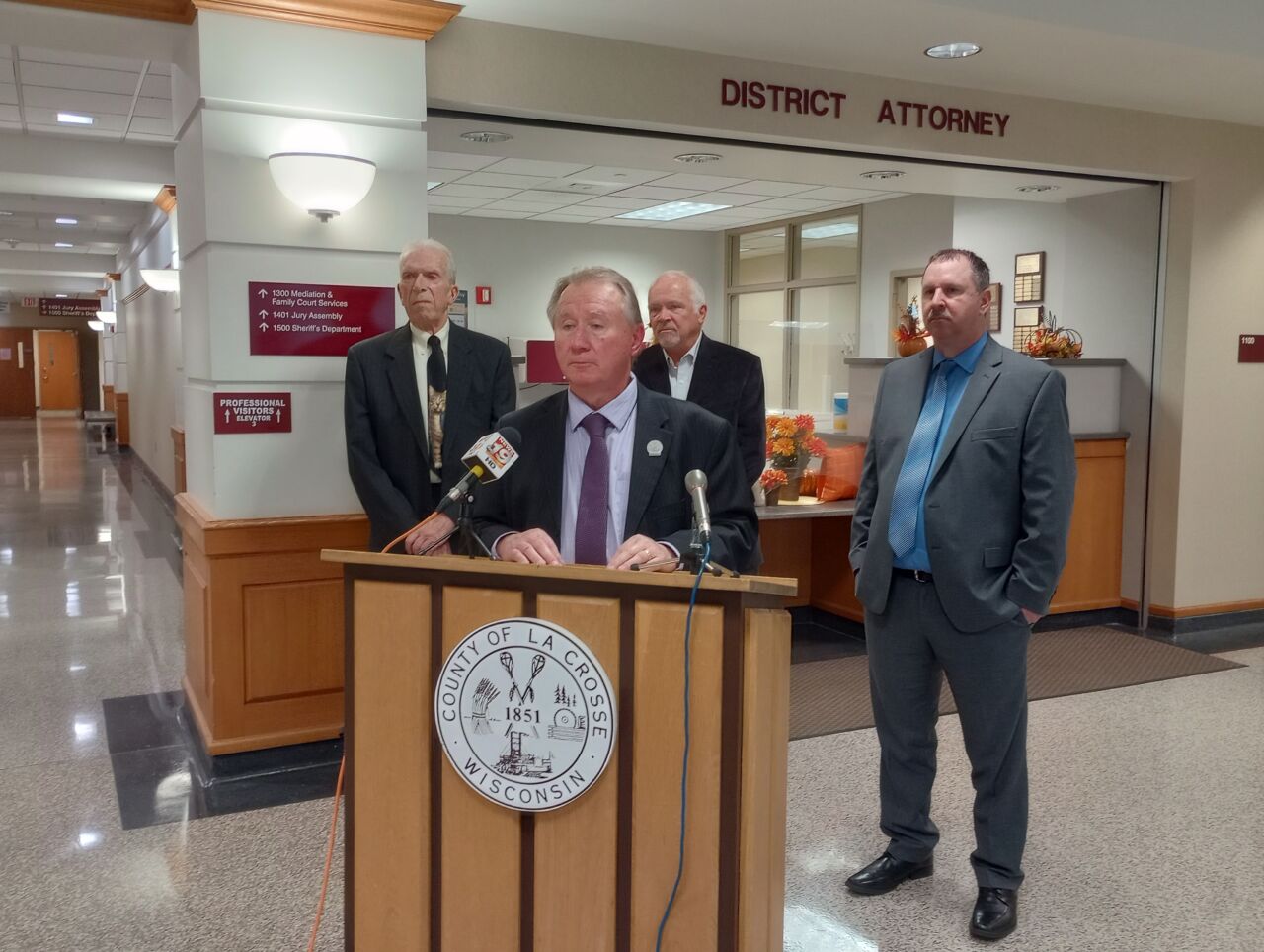 Dale Pasell and Michael Mulroy appeared at the La Crosse courthouse on Wednesday with Assemblyman Steve Doyle, who is also an attorney.  Mulroy was La Crosse district attorney before becoming a judge for over 20 years. He retired in 2007. Pasell served about 15 years as a judge, and stepped down in 2015.

Crime has become a major issue in Wisconsin elections this fall, especially criticism that dangerous criminals are released to offend again.  Pasell says special courts such as those used in La Crosse County have been helpful in preventing people from committing new crimes.

“You need to try to address whatever the individual’s particular problems are to make sure that that doesn’t happen,” says Pasell, who served more than 15 years as a judge. “And sometimes that is incarcerations, and sometimes it takes the form of something like drug court, treatment court, OWI court.”

Doyle says La Crosse County has been a pioneer in setting up those specialty courts, and other counties are following the local example.

He noted that in this election campaign, voters are hearing you’re claims that certain candidates are either “tough on crime” or “soft on crime.”  Doyle says La Crosse County is “smart on crime,” claiming that in this county, people ask “What can we do to keep a person from coming back into the criminal justice system?”