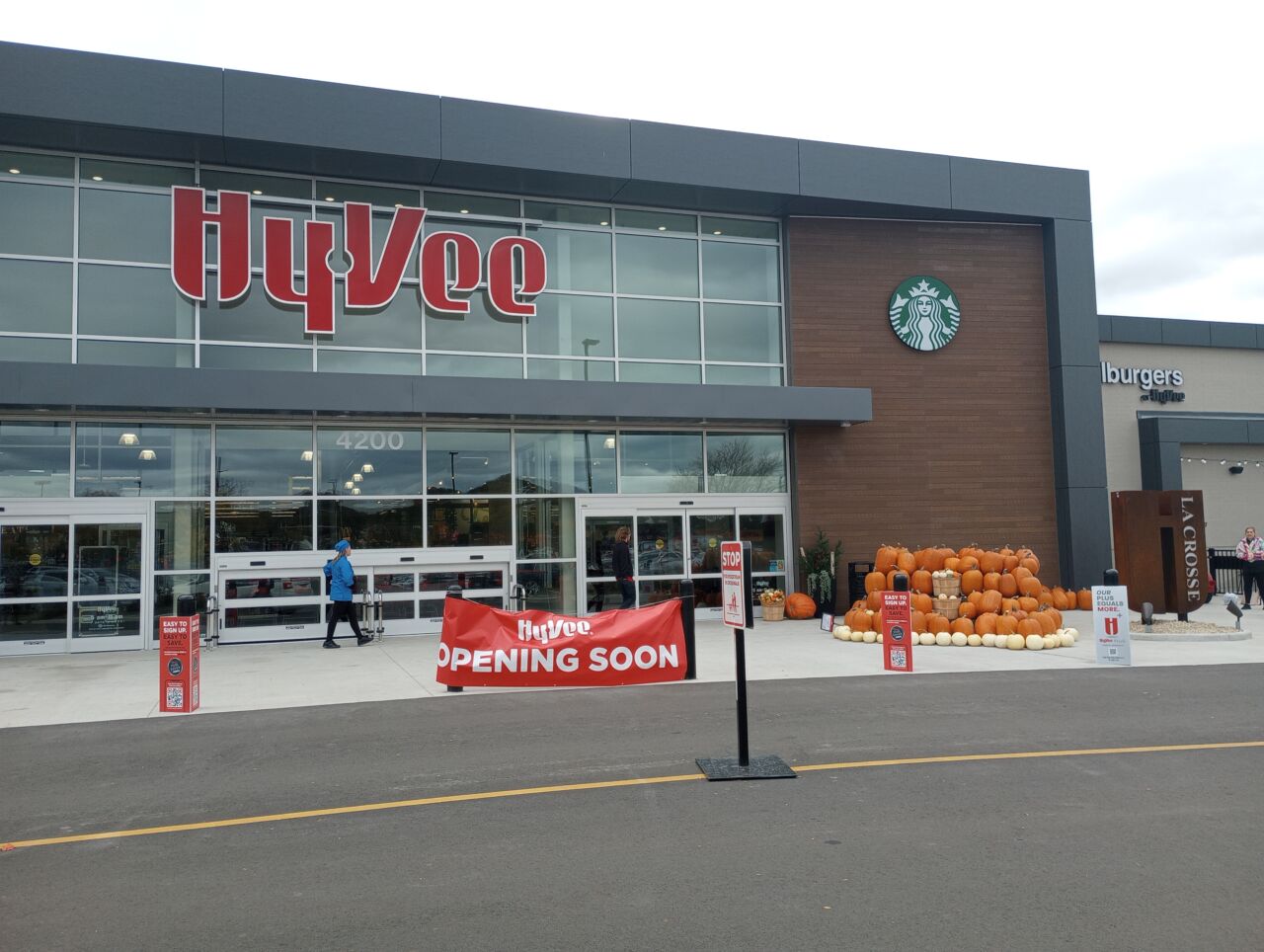 The day before the grand opening of the Hy-Vee at the Valley View Mall in La Crosse. The store, pictured here on Oct. 17, 2022, is the third-largest in the franchise (PHOTO: Brad Williams)

A huge new business addition to Valley View Mall opens its doors Tuesday. A 105-thousand-square foot Hy-Vee supermarket has been built on the former Sears site at the mall.

“We’ve been looking at La Crosse for some time,” Hy-Vee president and CEO Jeremy Gosch, who was director of the Hy-Vee store in Winona just a decade ago, said during a media tour Monday. “La Crosse is a great community, obviously, and close to Winona, but I don’t think people are driving from La Crosse to Winona to buy groceries.”

Hy-Vee began building in February. Sears had occupied the space from 1980 to 2018. There is no entrance connecting Hy-Vee to the rest of the mall, but company staffers say that could change in the future.

“We think we’ve got a good plan, a merchandising plan, but ultimately it’s going to be the customers’ reaction whether they are in tune to what we’re doing or if we need to make some adjustments,” La Crosse store director Dan Welsh said.

It’s the fifth Hy-Vee to open in Wisconsin and the third-largest in the entire company, with about 600 employees.

Besides groceries, the new Hy-Vee contains a pub, a Starbucks, several dining areas with offerings from sushi to deli foods, and a Wahlburgers franchise.

The store also includes a large wine and cheese selection, and a bakery, which is the only one in the Hy-Vee chain that makes its own tortillas.

A Hy-Vee Fast and Fresh gas station and convenience store is located just outside the main market.