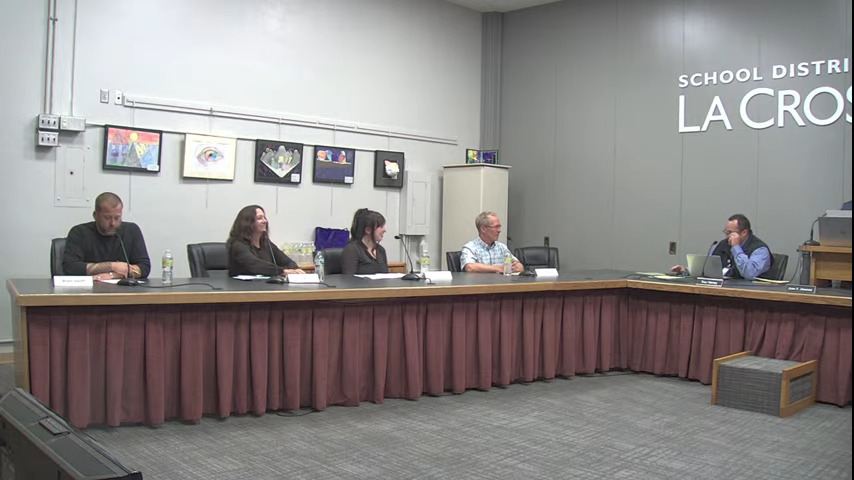 From left, Brent Hanifl, Anita Wood, Emily Mootz, and Kraig Brownell are interviewed by the La Crosse School Board on Monday, Sept. 12, 2022.

A former Logan High School teacher has been chosen to fill an empty seat on the La Crosse School Board until the spring election.

The board members needed just one ballot to select Emily Mootz from a field of four candidates. The seat became vacant this summer after the sudden resignation of Rob Abraham, in protest over high school consolidation plans.

Mootz believes the school administrators should listen more to the teachers “because I firmly believe that we have great teachers in this district who need extra support right now.”

She told the board at Monday’s bi-weekly meeting that a negative experience, while working for the district, led her to find other work. She is now employed at the La Crosse Public Library.

Mootz received votes from four of the eight other board members.

Kraig Brownell and Anita Wood each received two votes. Brent Hanifl was the fourth applicant. All four were interviewed in open session by the board before a vote was taken.

Mootz is expected to join the board next week. Her seat will be one of four that’s on the La Crosse school board ballot in April.