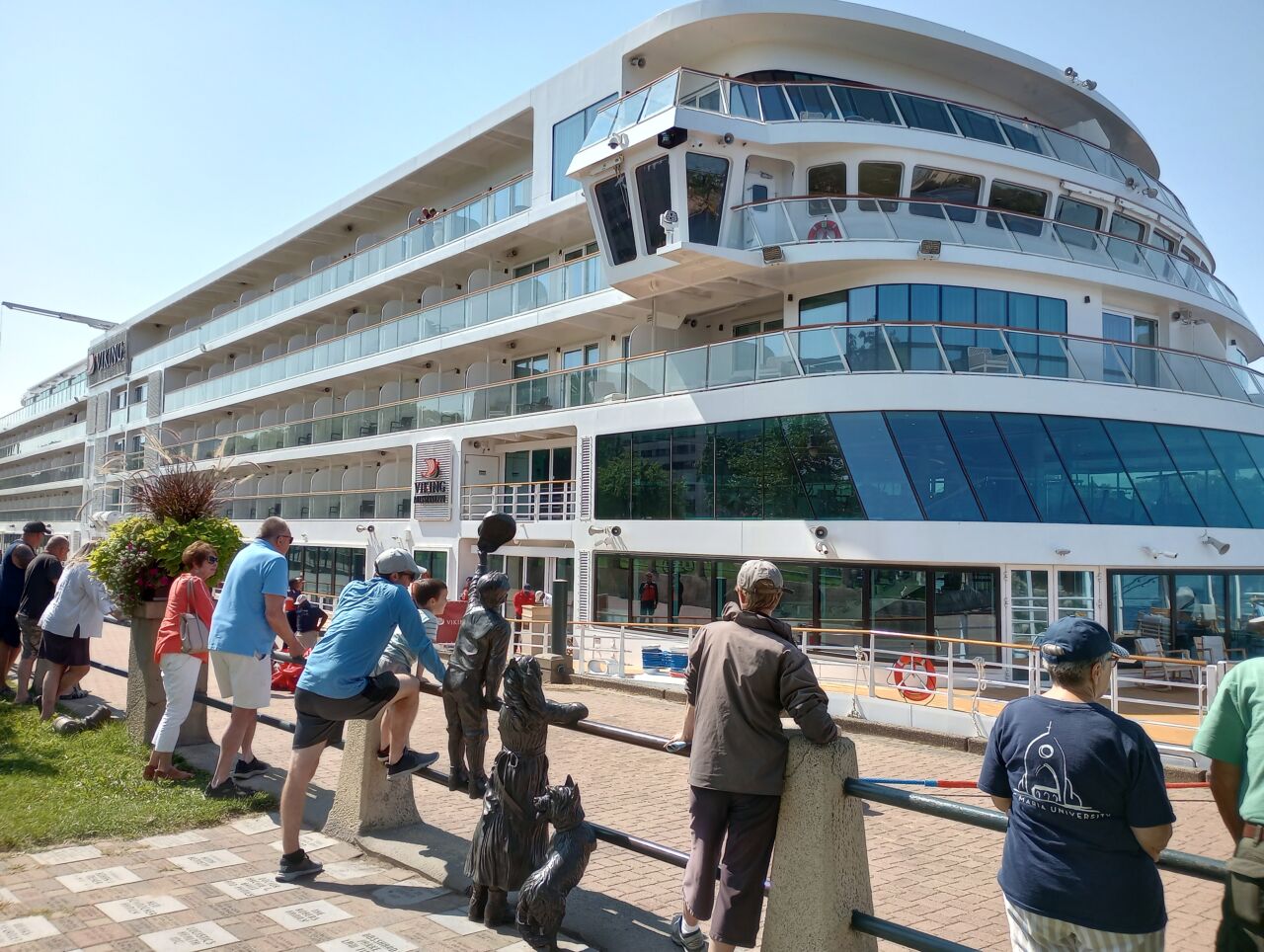 The newest big cruise boat on the Mississippi River drew crowds to La Crosse’s Riverside Park during its first-ever shore stop in the city.

As part of its maiden voyage, the 450-foot-long Viking Mississippi arrived in La Crosse in the early morning hours of Labor Day and stayed until early afternoon, before turning around and heading south down the river toward Dubuque, Iowa.

Four more stops in La Crosse are planned yet this season, with the next one scheduled for Sept. 15.

Although the boat passed the city on its way upriver to St. Paul on Friday, this was the first time that a Viking vessel had docked at La Crosse. Previously planned stops for this summer were called off, as the company’s cruise schedule changed.

The world-famous luxury cruise line, known for tours of large rivers in Europe, announced a few years ago that it would start traveling on the Mississippi, but the pandemic caused the first cruises to be delayed for two years.

Many passengers on the Viking boat came ashore to explore the city, mainly on two-hour bus tours which included stops atop Grandad Bluff.

Former La Crosse library director Kelly Krieg-Sigman led two of the tours, and said several visitors remarked about how clean the city looks, and they admired the nice lawns they saw around La Crosse.