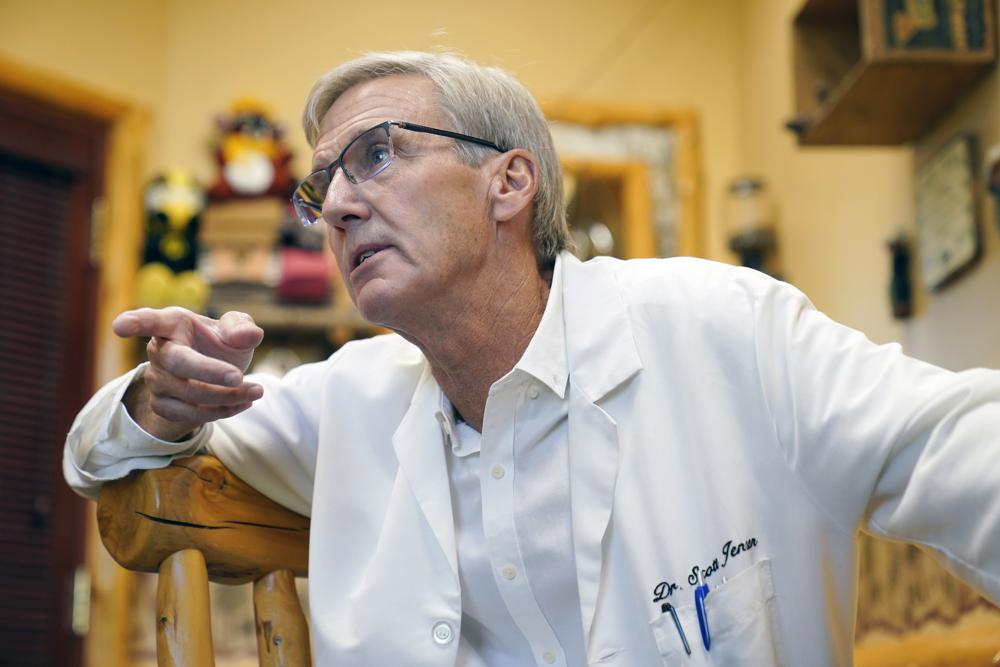 Jensen told Minnesota Public Radio in May that he didn’t support exceptions for rape and incest unless the life of the mother was in danger. He said in a video released Friday that if he had been unclear previously, he wants to set the record straight.

“I never thought it necessary to try and identify what those exceptions might be in regards to legal abortion or not, because I always thought when I uphold the pregnant woman’s life, and if her mental and physical health is in danger or jeopardized, that’s all that needs to be said,” Jensen said.

Minnesota Democratic Party Chairman Ken Martin says Jensen is trying to walk back previous comments and believes if elected the Watertown family physician would attempt to pass an abortion law without rape and incest exceptions, the Star Tribune reported.

Despite the U.S. Supreme Court ruling that reversed Roe vs. Wade, abortion remain legal in Minnesota under an 1995 state Supreme Court decision. Minnesota Gov. Tim Walz has painted Jensen has an extremist on abortion and called the governor’s office “the last line of defense” for abortion rights in the state.