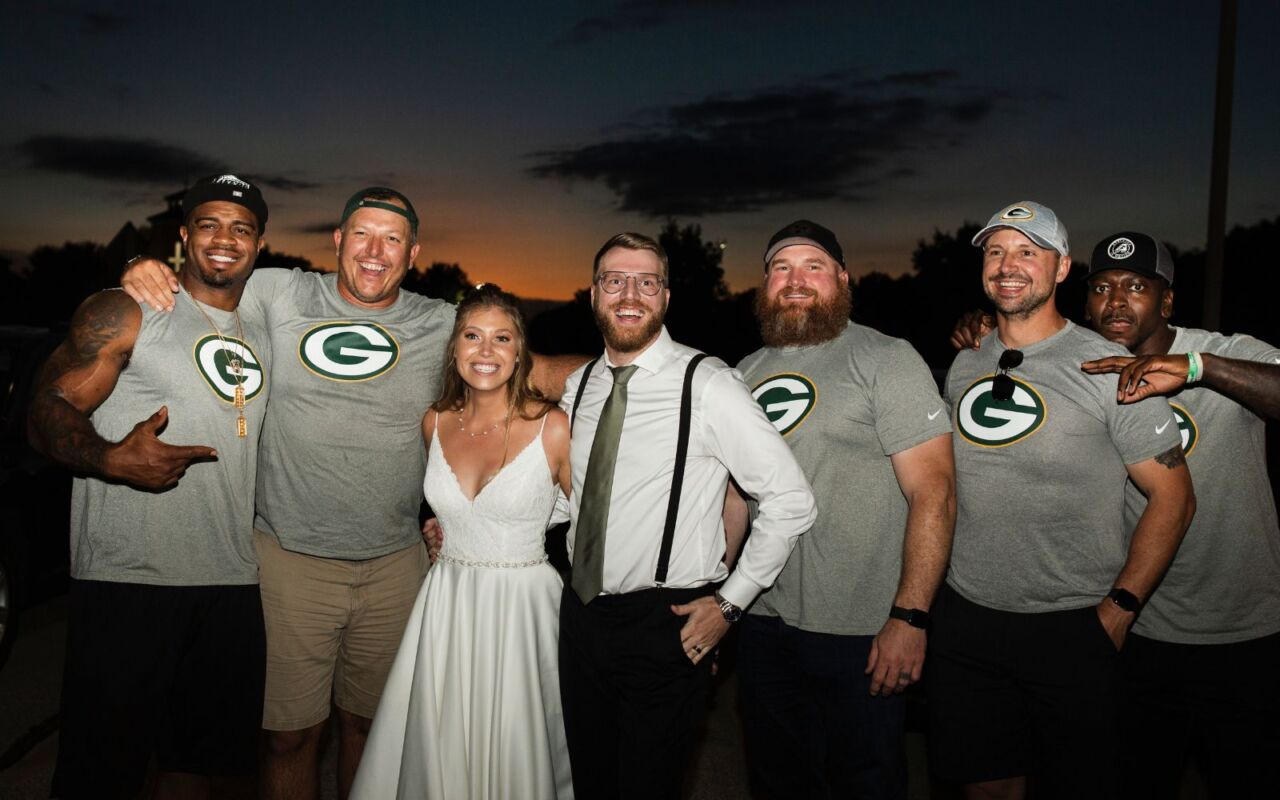 As you’ve probably heard by now, The Packers Road Trip crew was in La Crosse over the weekend.

The Alumni threw out the first pitch at a Logger Game, but also crashed a wedding at Celebrations on French Island.

Newlyweds Megan and Kevin Wilgenbusch had just been outside watching their fireworks display with their wedding guests when the bus pulled up. When guests came in to alert the others that the Packers were there, no one believed them.

“We were just kind of on this like Cloud Nine the whole night,” Kevin said. “We had some guests that are 81 years old and they’re like, ‘This is by far the best wedding that we’ve ever been to.'”

The now Mr. and Mrs. Wilgenbusch live in Rochester, Minn., currently but are both originally from Wisconsin.

“I think the first question that they asked was ‘Are you guys Packer fans?'” Kevin recalled. “Being from Wisconsin, all our family members from Wisconsin, we obviously are.”

That may have otherwise been an awkward interaction.

The Pack stayed for about 40 minutes, dancing it up, signing autographs, photobombed guests in the photo booth, and even arm wrestled some guests.

The crashers did at least bring a gift: “A bag filled with a bunch of awesome Packers stuff,” Kevin said, “even signed our globe which is something that’s super cool and we’ll always remember and cherish.”